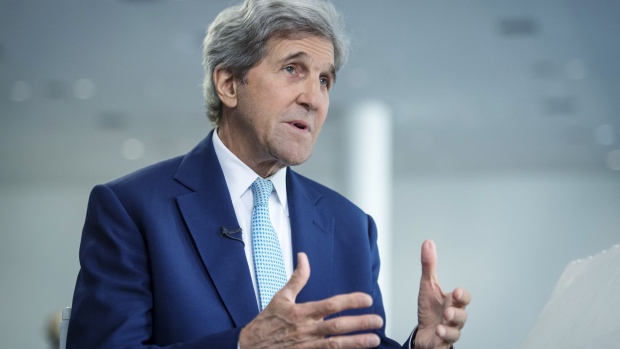 (Bloomberg) -- Former Secretary of State John Kerry will be named as special presidential envoy for climate by President-elect Joe Biden, according to his transition team, in a sign Biden plans to fulfill promises to elevate the issue of global warming to the highest levels in his White House.

Having a so-called climate czar could help coordinate a whole-of-government approach to confronting global warming, which Biden has referred to as an “existential threat.”

Kerry, 76, who helped broker the landmark Paris climate accord while serving in the Obama administration, has been viewed as a natural fit for the position and as a seasoned politician who enjoys goodwill on Capitol Hill. He said earlier this year that in addition to rejoining the climate agreement, which Biden has called a priority for his first day in office, the next step is “to lift ambition significantly, on a global basis.” President Donald Trump quit the accord.

Already, Biden has proposed a sweeping $2 trillion climate plan that calls for an emissions-free electric grid in 15 years, and includes a target of net-zero emissions across the entire economy by 2050. A special White House position on climate could complement and coordinate existing federal agencies that already have a role addressing the issue, including the Environmental Protection Agency, which regulates air pollution.

Progressives and others have been lobbying the White House to create a special office dedicated to climate change which they say could be created through executive fiat and could be akin to a National Security Council on climate.

Kerry, who served as one of the three co-chairs of a “unity task force” on climate change formed by Biden and former campaign rival Senator Bernie Sanders, will be a member of Biden’s NSC, the first time the group has included an official dedicated to climate change, the transition team said.