Bitcoin rallied back Monday as investors took advantage of the lowest levels in seven weeks to pile back in.

The largest cryptocurrency rose as much as 12 per cent to above US$53,000, the biggest intraday gain since early February.

The move comes as JPMorgan Chase & Co. is preparing to introduce an actively managed Bitcoin fund to some clients as soon as this summer, Coindesk reported, citing unidentified people familiar with the matter. The rebound reverses a two-week slump that had pushed Bitcoin below its 100-day moving average amid technical warnings from Wall Street and fears of a growing crypto bubble.

Some pinned Monday’s move on a tweet Saturday from billionaire Elon Musk, who in the past has affected prices with his comments on the social platform.

What does the future hodl?

In a potential reference to cryptocurrencies, the Tesla Inc. founder asked “What does the future hodl?”, using a term often seen as meaning “hold on for dear life” that supporters use to refer to buying and holding their digital assets.

“There is always a sharp movement when Tesla’s CEO talks about Bitcoin on Twitter ahead of quarterly earnings,” said Laurent Kssis, global head of exchange-traded products at crypto firm 21Shares AG. “As the U.S. wakes up, we could see further appreciation leading to US$54,000-US$54,500.” 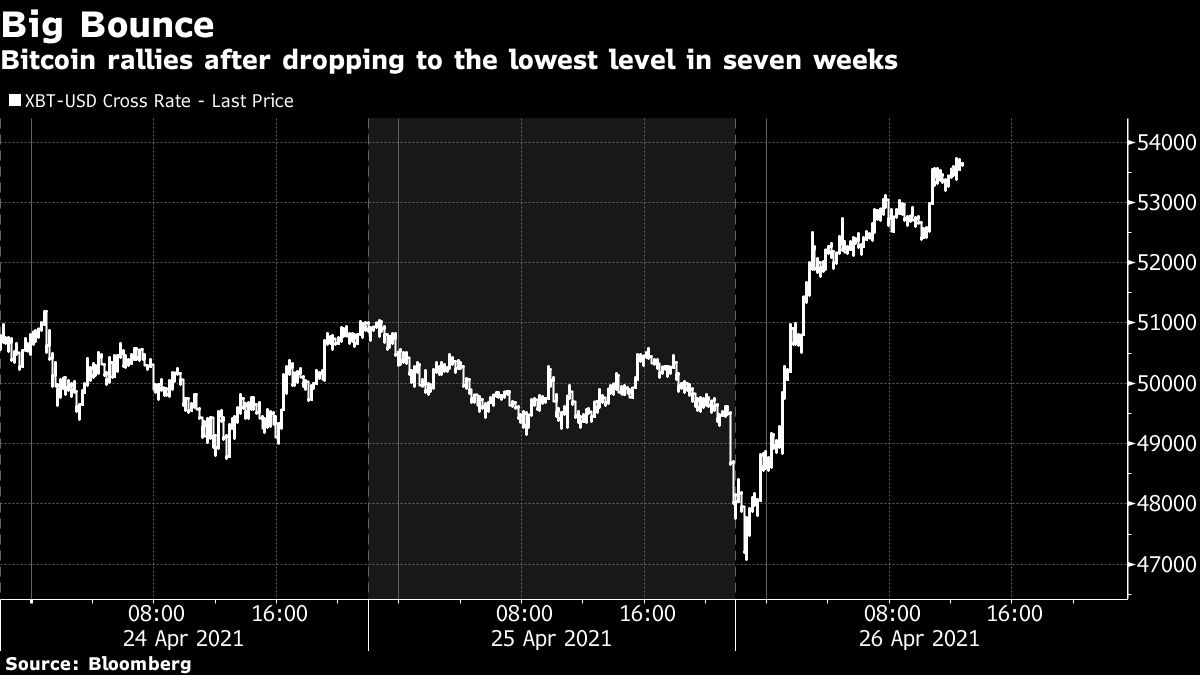 Cryptocurrency-exposed stocks also rose. Monex Group Inc. gained 7.1 per cent, while Remixpoint Inc. increased 7 per cent and Ceres Inc. added 6.1 per cent. In the U.S., Coinbase Global Inc. was up 4.6 per cent in pre-market trading, while Riot Blockchain Inc. jumped 9 per cent.

Bitcoin futures weren’t pricing much more in the way of further gains Monday, however. April contracts rose to US$53,665, while those for May through September ranged from US$52,145 to US$55,635, according to data compiled by Bloomberg.

“Bitcoin created a large gap down last week that could stick around far longer than bulls would want to see,” said Rick Bensignor, president of Bensignor Investment Strategies, in a note Monday.

Bitcoin has done well over the medium term, retaining a gain of about 80 per cent year-to-date as big-name investors endorse it and institutions from Goldman Sachs Group Inc. to Bank of New York Mellon advance their offerings around cryptocurrencies. JPMorgan’s John Normand reiterated in a note Friday that Bitcoin’s ascent has been steeper than any other financial innovation or bubble of the past 50 years. 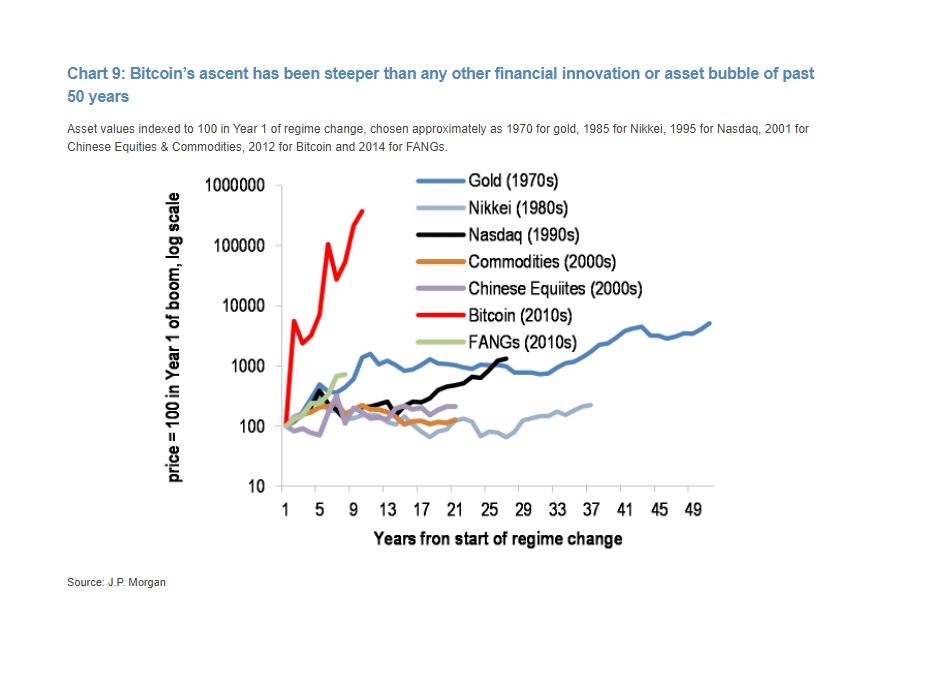 “Crypto bulls breathed a sigh of relief as last week’s deep rout across the space failed to extend,” Steen Jakobsen, chief investment officer at Saxo Bank, wrote in a note. However, “it has quite a wall to climb to fully neutralize the recent selloff.”