Bitcoin tumbled 20 per cent from the record high it notched earlier this month as a potentially worrisome new variant of the coronavirus spurred traders to dump risk assets across the globe.

The world’s largest cryptocurrency fell as much as 9 per cent to US$53,552 on Friday. Ether, the second-largest digital currency, dropped more than 12 per cent, while the wider Bloomberg Galaxy Crypto Index declined as much as 7.7 per cent.

A new variant identified in southern Africa spurred liquidations across global markets, with European stocks falling the most since July and U.S. equity benchmarks also lower in early trading. Bitcoin wasn’t spared from the carnage despite being seen by many crypto enthusiasts as a hedge against financial-market turmoil.

“To us, it is still by and large a risk asset,” said Ross Mayfield, investment strategy analyst at Baird. “When things get kind of scary, there are going to be sellers.” 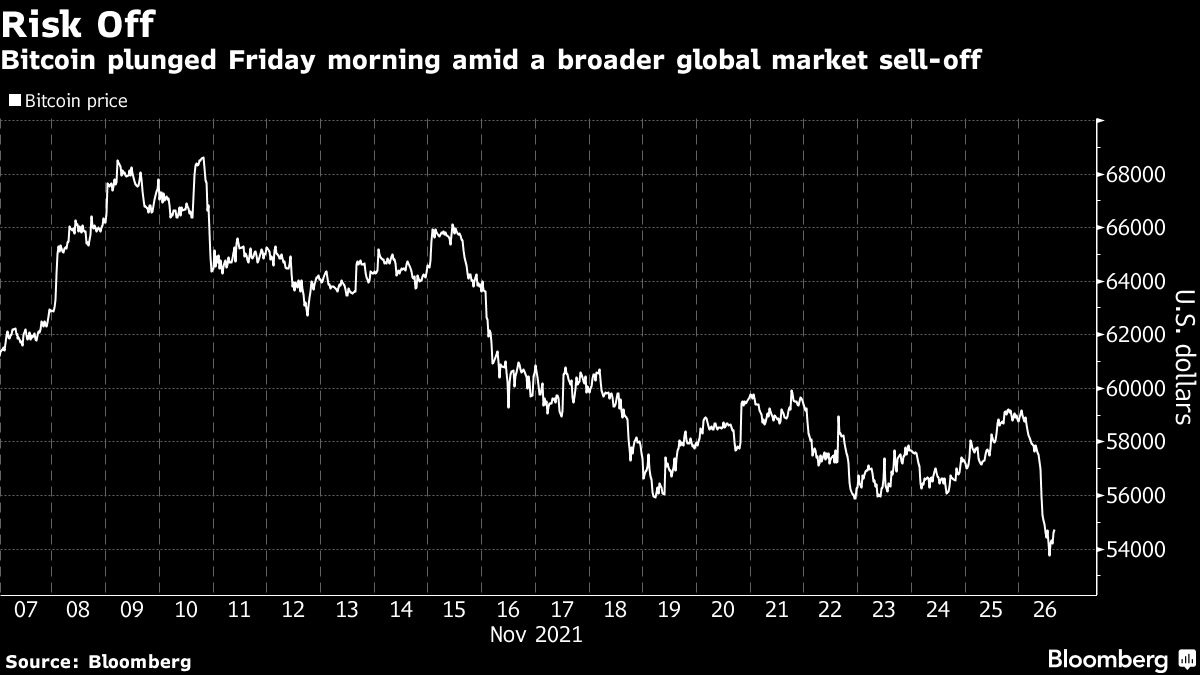 “I think the role that Bitcoin will eventually play is still uncertain. The role that something like gold and Treasuries play is pretty well known at this point. So the conclusion is that when things really look ugly, the traditional safe havens will rise to the top,” Mayfield added.

The variant news that roiled markets wasn’t the only negative factor weighing on Bitcoin. Coming into this week, analysts cited a number of crypto obstacles including U.S. tax-reporting requirements for digital currencies, China’s intensifying regulatory clampdown, and India’s sights on a new bill that could ban most private cryptocurrencies.

Bitcoin has been under pressure since reaching a record of almost US$69,000 earlier this month on enthusiasm over the first U.S. exchange-traded fund linked to futures on the digital asset. It is currently sitting near its 100-day moving average of US$53,940, which served as support during its late-September pullback.

“Ironically, yesterday afternoon crypto markets were starting to look pretty optimistic with hopes of a Santa Claus rally,” said Jonathan Cheesman, head of over-the-counter and institutional sales at crypto-derivatives exchange FTX, in a note Friday. It “will be a nervous weekend for sure.” 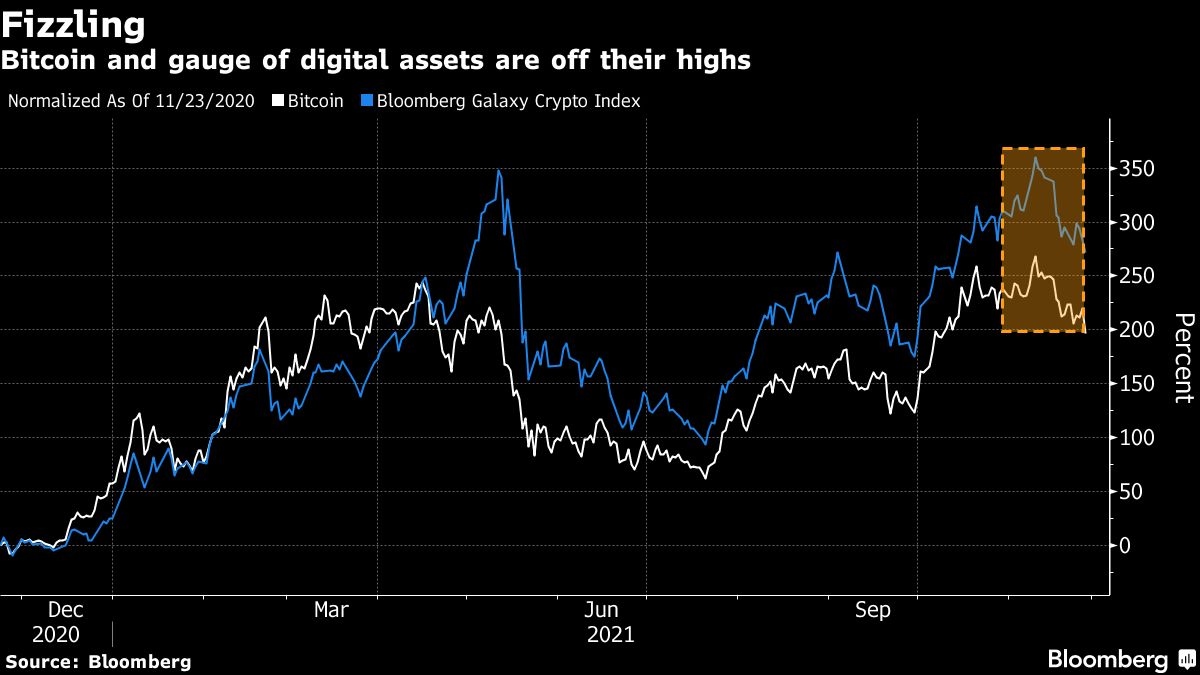 As ever, bulls remain committed to the view that more institutions and retail investors will embrace virtual currencies.

“This is a market reaction/correction within an uptrend,” said Vijay Ayyar, head of Asia-Pacific at Luno Pte., who pointed out that options-expiration days -- like Friday -- can often be volatile. He said a drop down to the US$48,000 to US$50,000 range might be more concerning, and that “20 per cent pullbacks are normal in a Bitcoin uptrend as we’ve seen many times before.”

Katie Stockton, founder of Fairlead Strategies LLC, said in a note Friday that two consecutive daily closes below the US$52,900 level would increase the risk of a deeper pullback toward the next support level near US$44,200. But that’s not a reason to sell, she said.

“We would hold long positions, for now, given the likelihood of a snapback rally in the days ahead from oversold territory noting intermediate-term momentum remains to the upside,” Stockton said.

For now, Bitcoin’s pullback is a sideshow to the global market declines on the new variant identified as B.1.1.529 as policy makers rush to retool cross-border travel policies.

The largest token is still up more than 85 per cent this year.