Bitcoin broke below $8,000 for the first time in nearly a month as its recent sell-off dragged on for the seventh straight day. 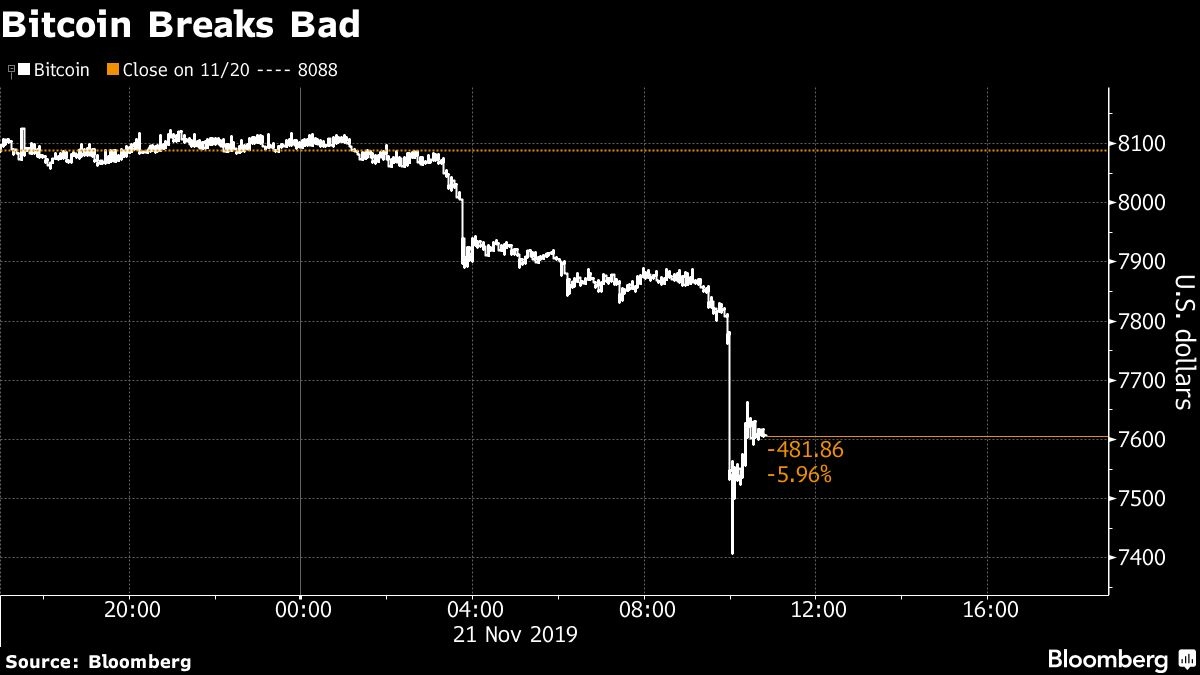 “We are seeing 1,000 Bitcoin trade per minute” in dollars and and 2,000 Bitcoin using the stablecoin Tether, with the euro pair at 300 per minute, Charles Hayter, chief executive officer of digital asset data provider CryptoCompare, wrote in an email. “This is standard for the market with clusters of volatility, and buses seem to all come at once.”

The largest cryptocurrency’s slide on Thursday snowballed into the US$7,000s, territory it hasn’t penetrated since late October. The token also slipped below its 200-day moving average line, an event considered a sell signal by many analysts and chartists, provided the asset doesn’t quickly recover. 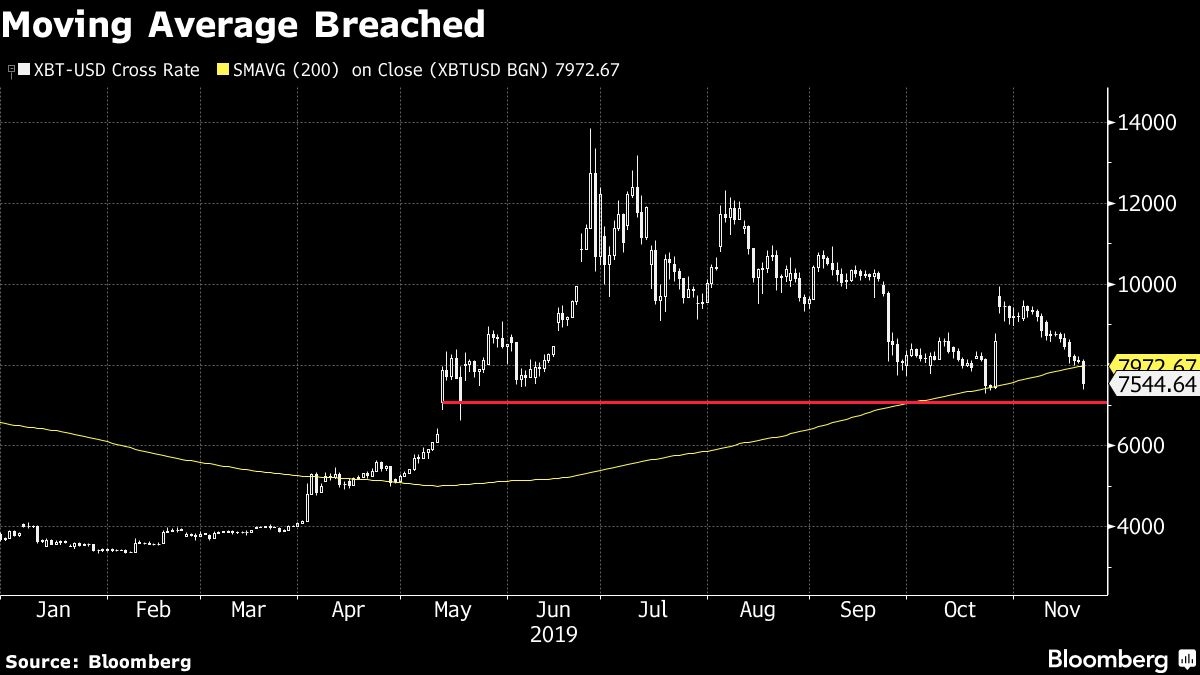 “Bitcoin price action is a continuation of themes that have developed since this summer,” Jeff Dorman, said chief investment officer at Arca, a Los Angeles-based asset manager that invests in cryptocurrencies and digital assets. “Volumes are low, no new money is coming into the ecosystem, and stocks/bonds/gold are all up double-digits year-to-date, which makes the non-crypto world lose focus on this emerging asset class.”

As with many things crypto, analysts and investors have had trouble isolating an exact catalyst for the sell-off. Many have pointed to China’s latest crackdown on the nascent market. While the Asian nation as recently as last month said it may start to embrace the blockchain technology that supports cryptocurrencies, it has since taken steps to curb crypto trading.

Watchdogs in Shanghai, for instance, issued notices calling for a cleanup of companies involved in trading of digital assets, while one in Beijing warned against illegal exchange operations.

Bitcoin was down 6.3 per cent as of 10:57 a.m. on Thursday to trade at US$7,581 and has dropped about 18 per cent this month, data compiled by Bloomberg show. The Bloomberg Galaxy Crypto Index, which tracks major cryptocurrencies including Bitcoin and Litecoin, has lost more than 15 per cent in November.