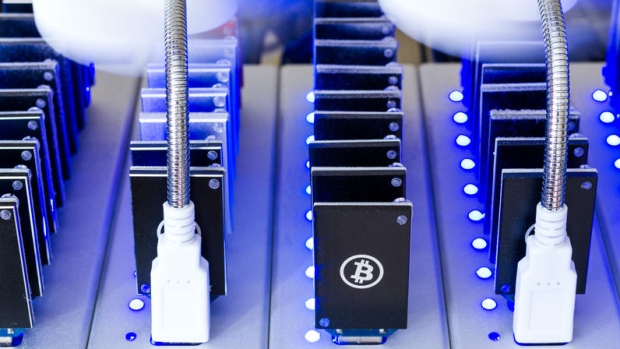 If you want to create the next hot stock, just say the magic word: blockchain.

In the four days since the start of the year, there have been more than 110 corporate releases that contain the word “blockchain,” data compiled by Bloomberg shows. That’s up from five in the same span last year.

The surge in citations comes amid a frenzy surrounding cryptocurrencies following bitcoin’s 1,400 per cent gain last year. Companies mentioning the term often see their stock jump, with some even renaming themselves despite having no ties to blockchain in their businesses. Long Island Iced Tea Corp., for instance, soared as much as 289 per cent Dec. 21 after rebranding itself Long Blockchain Corp., while Hooters franchisee Chanticleer Holdings Inc. rose 41 per cent Tuesday after announcing plans to start a blockchain-based customer loyalty program.

However, there is a question over how much longer this can last, and analysts and investors continue to warn of a bubble in bitcoin. Warren Buffett, GMO’s Jeremy Grantham and even bitcoin-bull Mike Novogratz have urged caution.