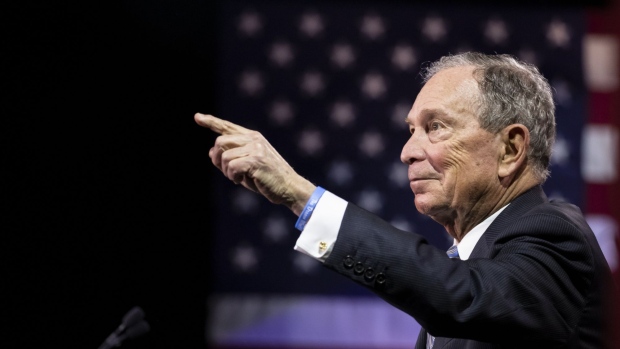 A spokesman for Michael Bloomberg’s campaign said Tuesday that if elected president, Bloomberg would sell his eponymous financial-data and media company, in contrast with President Donald Trump remaining the head of his real-estate and branding firm.

Bloomberg would put his company in a blind trust, and then a trustee would handle the sale, the campaign said.

O’Brien told the Associated Press in a separate interview that the former New York mayor wouldn’t allow a sale to a foreign buyer or private equity firm.

A spokesman for Bloomberg LP, Ty Trippet, said that Bloomberg hadn’t decided the future of his company yet.

“As Mike has said numerous times, if elected president in November, he would either place the company in a truly blind trust or sell it. Currently, we’re not for sale,” Trippet said.