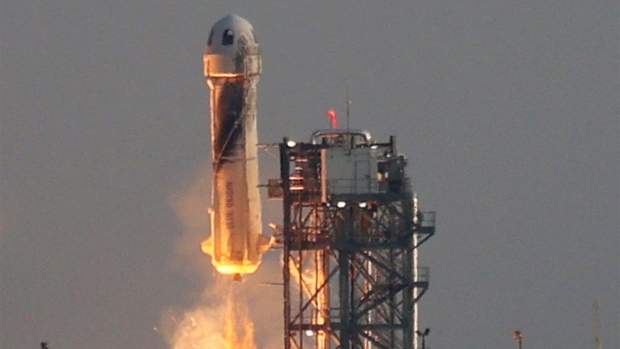 The former employee, Alexandra Abrams, also appeared on “CBS Mornings” to discuss what she described as a sexist culture. Abrams said she was fired from the Kent, Washington-based company in 2019.

“Blue Origin has no tolerance for discrimination or harassment of any kind,” the company said in an emailed statement. “We provide numerous avenues for employees, including a 24/7 anonymous hotline, and will promptly investigate any new claims of misconduct.”

Alexandra Abrams, a former head of employee communications for Blue Origin, is speaking out against the company to @LaurieSegall.

“You cannot create a culture of safety and a culture of fear at the same time. They are incompatible.” pic.twitter.com/JHuFY3cjcs