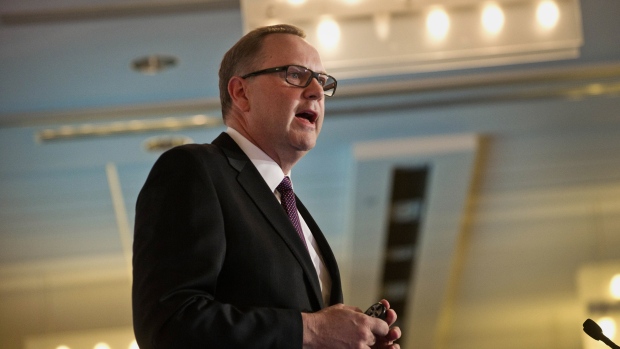 Cope, who has served as an independent director on BMO’s board since 2006, will be appointed to the role at the company’s annual meeting in March, pending his re-election by shareholders.

"I am grateful for the board's confidence and eager to work with my fellow directors in building on the success achieved under [outgoing Chair Rob Prichard’s] leadership,” Cope said in a release Friday. “I am fully behind BMO's strong management team and its plans to deliver on the bank's strategic priorities.”

Cope, who previously served as the CEO of Telus Mobility and Clearnet Communications Inc., has been the president and chief executive of Bell Canada and BCE since 2008. He will retire from his post in January of next year.

"George's distinguished record as a public company chief executive and reputation as a strategic leader committed to innovation, growth and good governance make him the ideal chair to take the board forward," said Prichard in a release.

Cope holds his Honours Business Administration degree from Western University’s Ivey School of Business and was inducted into the Canadian Business Hall of Fame in 2018.

​BNN Bloomberg is a division of Bell Media, which is owned by BCE.