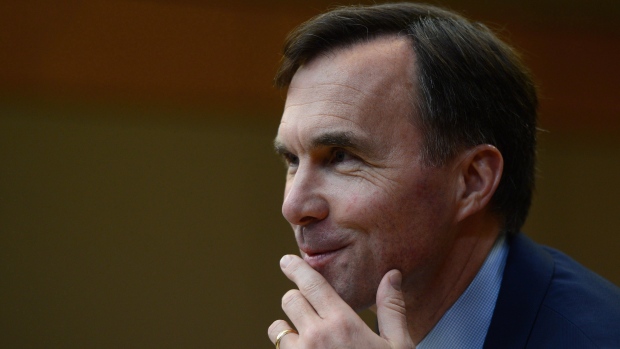 Just a week now until Mr. Trump’s inauguration and America’s capital city is bracing for a circus.

“Protesters distraught over Trump’s victory will be flooding into Washington next weekend, creating a potent - and potentially tense - mix as they collide with the billionaire’s die-hard supporters at hotels, restaurants, and on the National Mall,” Politico.com says.

Seems the National Park Service “has struggled to accommodate all of the protesters, which includes a large demonstration of about 200,000 women protesting Trump and others who will sing and fast.”

MEDLINE TASKED WITH CLEAN-UP AT SOBEYS

Michael Medline lasted less than two years as CEO of Canadian Tire. But that short stint isn’t dissuading the parent company of Sobeys from picking him to guide the grocer onto stronger footing. Empire Company announced late yesterday Medline will take over as CEO effectively immediately. His task is significant. Sobeys has been beset by problems integrating its takeover of Safeway, which also exposed it to the economic downturn in western Canada. We’ll assess whether Medline has what it takes to engineer a turnaround – for consumers and investors alike.

In a politically volatile world, gold may offer a retreat. On Commodities at 11 a.m. ET, we have an array of mining leaders, including two of the biggest names in the sector. We’ll hear from Pierre Lassonde, chair of Franco-Nevada (FNV.TO) and a “miner in Gucci loafers” who simply finances mines in return for a slice of their output rather than getting his own feet dirty by digging holes. He’ll sit down with Rob McEwen, chairman of McEwen Mining (MUX.TO), who was inducted into the Canadian Mining Hall of Fame last night for a career that has included building Goldcorp (G.TO) into a global player that also revitalized Ontario's fabulously rich Red Lake gold mine.

And we’ll also get an update from Ewan Downie, CEO of Premier Gold Mines (PG.TO). Premier has become  a gold producer by teaming up with Barrick on a Nevada mine and buying the Mercedes Mine in Sonora, Mexico. It’s also working on a new mine in Ontario with Centerra Gold (CG.TO.)

Trump protectionism may menace Canada and  Finance Minister Bill Morneau sits down with private sector economists to get suggestions for his upcoming budget.

At 12:10am ET, we’ll be joined by Clément Gignac, chief dismal scientist at iA Financial Group.

Have a wonderful weekend.