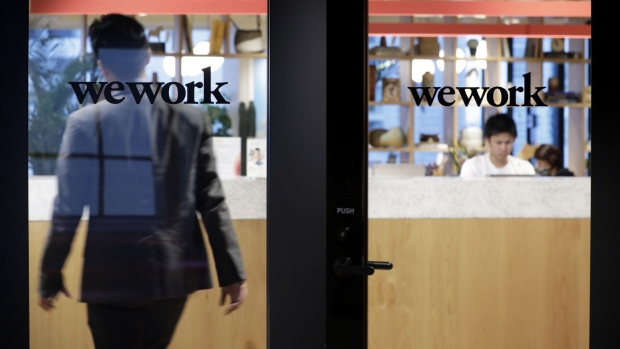 The Embarcadero WeWork Cos Inc. offices in San Francisco. Bloomberg

The board of WeWork’s parent is working with investment bank Perella Weinberg Partners LP as the office-sharing company weighs its financing options, according to people familiar with the matter.

The New York-based investment bank is advising the We Co.’s board as it determines whether to sell a controlling stake to SoftBank Group Corp. or secure a US$5-billion debt package led by JPMorgan Chase & Co., said the people, who asked to not be identified because the matter isn’t public.

WeWork is seeking to shore up its finances after pulling its initial public offering last month.

--With assistance from Gillian Tan