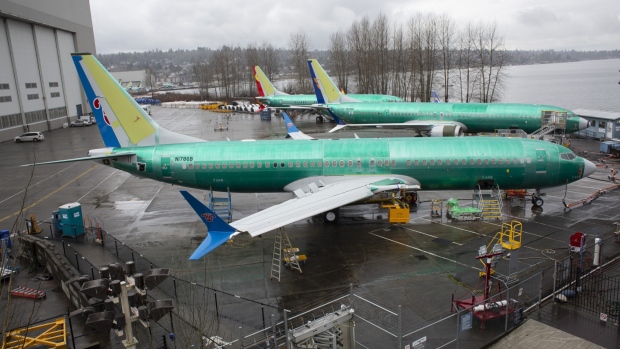 Boeing Co.’s 737 Max shouldn’t be returned to service until all airlines using the plane are ready to fly it “safely and uniformly,” said the chief executive officer of United Continental Holdings Inc.

“It can’t be just one or two” carriers that return the plane to commercial service, Oscar Munoz said at Chicago’s O’Hare International Airport. Given public concerns about the aircraft, which was grounded March 13 after two fatal crashes that killed 346 people, “We have to be in lockstep to get this back up,” he said Wednesday in a Bloomberg TV interview.

United (UAL.O) has been given no time frame for regulators to clear the Max to resume flights, Munoz said. “I know what you know,” he said. The carrier has 14 of the 737 Max jets, a smaller fleet than rivals Southwest Airlines Co. (LUV.N) and American Airlines Group Inc. (AAL.O), with 34 and 24, respectively.

The “primary focus of every conversation” United has held with Boeing (BA.N) on the Max has been about flight safety, Munoz said.

Also Wednesday, United unveiled a new livery for its fleet, with a greater emphasis on blue paint for the tails and engines. The new paint scheme comes after what Munoz described as “a lot of transformation, a lot of improvement” at Chicago-based United.