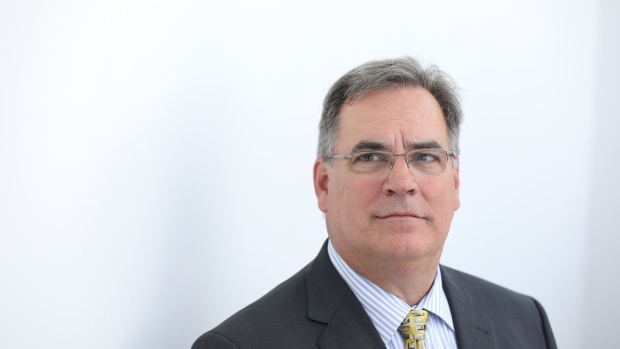 Mike Delaney, general manager of airplane development at Boeing Co., poses for a photograph during the 52nd International Paris Air Show at Le Bourget, in Paris, France, on Tuesday, June 20, 2017. The show is the world's largest aviation and space industry exhibition and runs from June 19-25. , Bloomberg

The job gives Delaney broad control of internal safety initiatives and a seat on Boeing’s executive council, Chief Executive Officer Dave Calhoun said Wednesday in a message to employees. The planemaker announced the move less than a week after agreeing to bolster its internal safety oversight as part of a $2.5 billion settlement with the U.S. Justice Department.

Delaney will take charge of some of the measures put in place during the Max crisis. That includes a safety organization that former CEO Dennis Muilenburg created to give executives and the board greater visibility into emerging issues and employee warnings if they feel unduly pressured by superiors. Muilenburg was ousted in late 2019 for fumbling Boeing’s response to the crashes.

The Max, Boeing’s best-selling jet, was grounded worldwide in March 2019 after the accidents killed 346 people. The U.S. ended a 20-month flying ban in November, provided that airlines complete a list of repairs and put pilots through simulator training.

Effective Wednesday, Delaney will report to Boeing’s chief engineer, Greg Hyslop, with accountability to a board safety committee that was also created in response to the tragedies. Beth Pasztor, who had served as the board liaison, will continue to lead Boeing’s Product and Services Safety group, Calhoun said.

Delaney headed engineering for Boeing’s commercial division from 2010 to 2016, much of the time that the Max was being developed, and went on to run the company’s airplane-development unit. Most recently, he spearheaded a Boeing campaign to reassure travelers that airplane cabins are safe during the Covid-19 pandemic.