Bombardier Inc. announced a fresh wave of job cuts Thursday and said it’s pulling the plug on one of its best known aircraft models as the company aims to bolster its bottom line.

The Montreal-based plane maker said it will cut 1,600 jobs as part of a strategy to generate US$400 million in annual cost savings by 2023.

According to a spokesperson for the company, 700 of the cuts will occur in Quebec, with the balance spread across the U.S. and Ontario.

The cuts will result in a US$50-million restructuring charge this year.

“Workforce reductions are always very difficult, and we regret seeing talented and dedicated employees leave the company for any reason,” said Bombardier CEO Éric Martel in a release. “But these reductions are absolutely necessary for us to rebuild our company while we continue to navigate through the pandemic.” 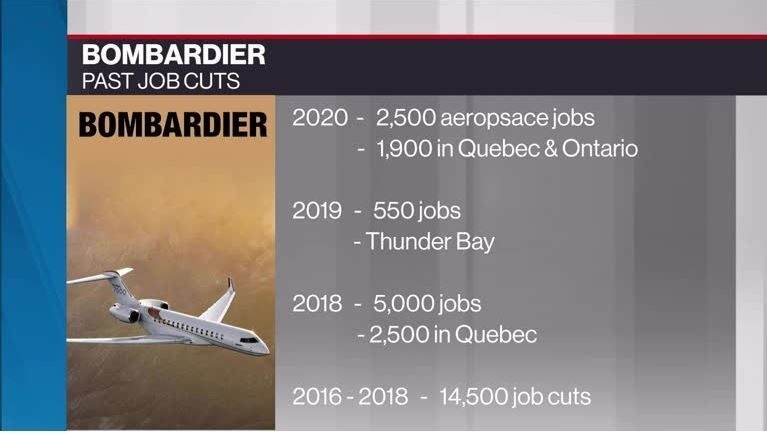 Bombardier is also scaling back its offerings to customers, saying it will end production of the Learjet aircraft later this year. That business jet model has been in service since 1963.

The downsizing announcement came as Bombardier reported a US$0.20 per share adjusted loss in the fourth quarter. Analysts, on average, expected a loss of seven U.S. cents per share. After burning through US$3.2 billion in cash during 2020, Bombardier said it expect free cash flow usage “to be better than US$500 million” this year.

BNN BLOOMBERG POLL
Do you think government investments in, and aid for, Bombardier have paid off?