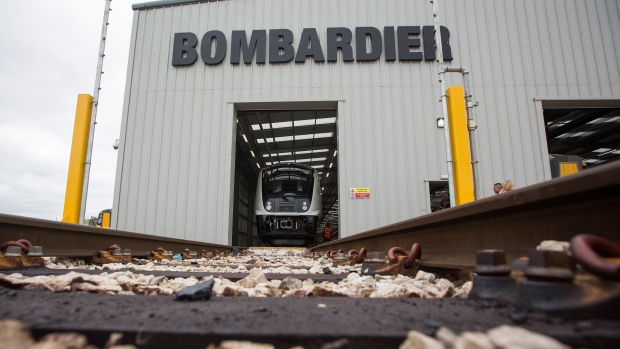 Bombardier Inc. says it is starting to see an improvement in business jet activity as interest in private travel grows after the COVID-19 pandemic forced it to ground its global operations and take a big financial hit in the second quarter.

Industry business aircraft deliveries decreased 30 per cent from the prior year, but longer-term trends are encouraging, says CEO Eric Martel.

The Montreal-based company delivered 20 aircraft in the quarter, including five large Global 7500s and 46 aircraft including 11 of the Globals in the first half of the year despite losing two months of production.

“We expect to do better in the second half of the year including delivering at least twice as many Global 7500s as we did in the first half.”

Bombardier said its net loss surged to US$223 million in the second quarter on a big drop in revenues due to pandemic-related disruptions.

Reporting in U.S. dollars, it lost 13 cents per diluted share, compared with a loss of four cents per share or $36 million a year earlier.

The results included an additional charge of $435 million at transportation, largely related to costs associated with a number of late-stage projects mainly in the U.K. and Germany.

Revenues for the three months ended June 30 plunged 37 per cent to $2.7 billion from $4.3 billion a year ago, reflecting lower production activity and deliveries as operations halted for several weeks due to the global COVID-19 pandemic.

The past quarter has been extremely difficult, said Martel, who returned to the company in April after leaving to head Hydro-Quebec in 2015.

“I certainly did not expect my first quarter back to be so challenging with the COVID-19 pandemic affecting nearly every aspect of our operations, our end markets and our financial performance.”

He noted that the industry faced the sharpest ever decline in passenger rail traffic, and business jet usage fell to levels far worse than during the financial crisis or after the 2001 terrorist attacks on the United States.

Bombardier was expected to lose 11 cents per share in adjusted profits on $2.48 billion of revenues, according to financial data firm Refinitiv.

The company will focus on business aircraft after the sale of its railway operations to Alstom are completed and its aerostructures business is sold to Spirit AeroSystems this fall.