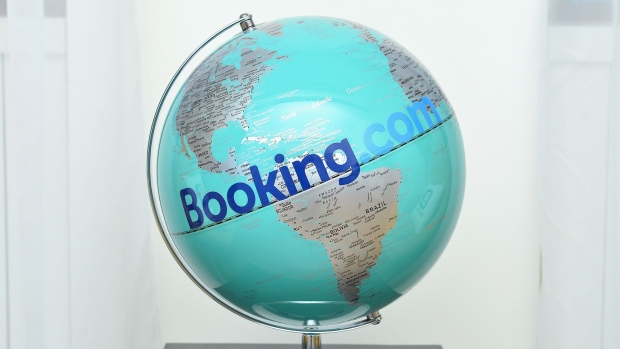 Booking Holdings Inc. is the latest online travel giant to eliminate thousands of jobs after the coronavirus pandemic hammered the industry.

As much as 25 per cent of employees at Booking.com, the company’s biggest business, will be cut, the company said in a statement Tuesday. That’s about 4,000 workers. The reductions will be implemented globally.

Chief Executive Officer Glenn Fogel discussed the move during a video call with workers, saying the past five months represented “the largest social and economic crisis of our lifetime.”

The pandemic has hit Booking’s business hard and the wider travel industry remains under “significant pressure,” the CEO added. “In my heart, for a long time, I hoped that this would not happen. However, nothing can mitigate the impact this crisis has had, and will continue to have, on both the travel industry and our business.”

The continued spread of COVID-19 has drastically reduced tourism, while halting most business trips in favor of video conferencing and other remote work. Airlines have announced huge job cuts, hotels have closed down and the online part of the industry has not been spared.

Airbnb Inc. and TripAdvisor Inc. eliminated a quarter of their workforce earlier this year, and last week, Expedia Group Inc. reported an 82 per cent revenue decline in the second quarter, with CEO Peter Kern saying it was “likely the worst quarter the travel industry has seen in modern history.”

Booking received government aid in Europe earlier this year. When the company applied, it was criticized by politicians and the media. Without that support, the company believes there would have been more job cuts, a spokeswoman said.

“While we have worked hard to save as many jobs as possible, we believe we must restructure our organization to match our expectation of the future of travel,” she added.

The Norwalk, Connecticut-based company, which operates in more than 65 countries, has five major brands and a workforce of about 26,000. The brand Booking.com represents most of the operations, employing about 17,500. Due to different rules that govern workforce downsizing around the world, Booking said it will work alongside labor organizations and other groups to finalize its plan in the coming weeks and months.