The oil majors -- with the notable exception of Exxon Mobil Corp. -- are raising returns as they express confidence that the worst of the slump caused by the coronavirus pandemic is over. Their goal is to woo investors who are becoming increasingly wary about the future of the fossil fuels in a changing climate.

BP will increase its dividend by 4 per cent to 5.46 cents a share and buy back US$1.4 billion of stock in the third quarter, said Chief Executive Officer Bernard Looney.

“What you’re seeing around the dividend is really a story of confidence,” Looney said in a Bloomberg television interview on Tuesday. “Confidence in the underlying performance of the business, confidence in the balance sheet.” 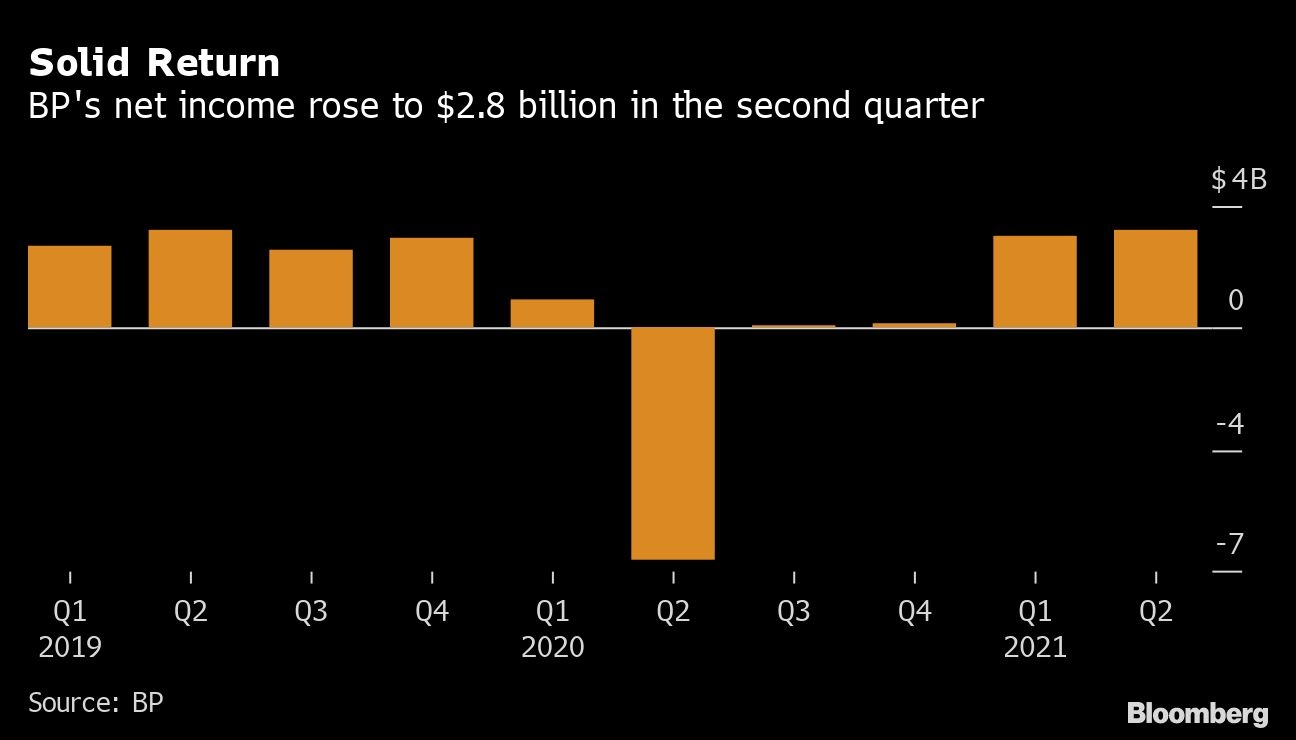 If oil averages about US$60 a barrel, BP expects to be able to continue increasing its dividend by about 4 per cent annually and repurchase US$1 billion of shares each quarter until 2025, Looney said.

That would lift total shareholder returns to about 10 per cent, at the top end of its peer group, RBC Capital Markets analyst Biraj Borkhataria said in a note. It would still leave dividends well below the pre-pandemic level of 10.5 cents a share, according to Bloomberg calculations.

Looney’s pledges that go further than the distributions policy BP outlined earlier this year. The turnaround reflects the impact of higher energy prices, but also demands from shareholders, who weren’t happy in early 2021 with the company’s plans.

“Twelve months on from when we laid out our strategy, of course the world’s in a very different place,” Looney said. “Global GDP is now back to pre-pandemic levels, the vaccines clearly are working” and people are traveling more. 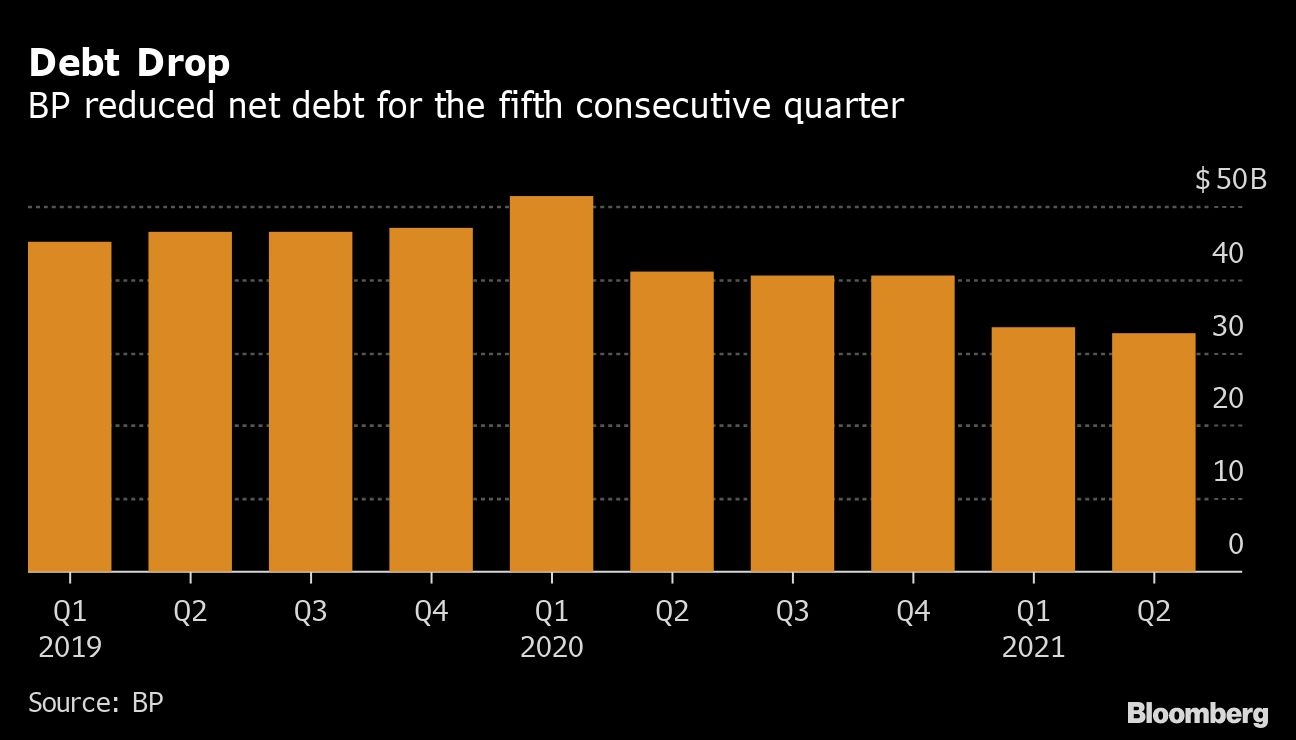 Despite the good news for income-seekers, the company is now being stretched again amid a lower spending budget, higher payouts and planning for the energy transition, says Bloomberg Intelligence analyst Will Hares. “The problem is exacerbated by the long, but steady, returns from renewables projects” where benefits are accrued over a much longer timeframe compared to oil developments.

BP is sticking to it’s historically low spending budget of US$13 billion for this year, of which, US$2 billion will be set aside for its growing low-carbon business. The firm is ratcheting up low carbon spending from half a billion dollars in 2019 to as much as US$4 billion in 2025.

The London-based company’s second-quarter adjusted net income was US$2.8 billion, compared with a loss of US$6.68 billion a year earlier, according to the statement. That was above the average estimate of US$2.13 billion in a Bloomberg poll of 19 analysts.

Higher shareholder returns show the oil majors’ confidence that higher oil and gas prices are here to stay. BP increased its Brent crude price assumptions to 2030 to reflect expected supply constraints, resulting in the reversal of a previous pretax net impairment of US$3 billion.

The London-based major has a “more bullish” outlook on oil over the next five to 10 years on the back of supply constraints amid lower investment in the industry, OPEC+ desire to maintain “robust prices” and changing dynamics in the U.S. shale business, Looney said in an analyst call.

Having achieved its net debt target of US$35 billion in the first quarter, BP’s net liabilities dropped further in the period to US$32.71 billion, thanks to the sale of assets. The firm has a goal of reaching US$25 billion of divestments by 2025 to fund the expansion of its low-carbon business.