Investors bracing for a recession jolt accelerated their retreat from stocks after the Federal Reserve warned it won’t be easily deterred in its fight against inflation, Bank of America Corp. strategists say.

Global equity funds had outflows of US$9.4 billion in the week to Aug. 31, the fourth-largest redemptions this year, according to EPFR Global data cited by the bank. US equities had the biggest exodus in 10 weeks, while US$4.2 billion left global bond funds, the data show.

US stocks were walloped after Fed Chair Jerome Powell said the central bank won’t slow the pace of rate hikes until inflation cools more meaningfully. The S&P 500 has erased US$2 trillion in market capitalization in the past five days, and has given up nearly half of its gains made in the summer rally. 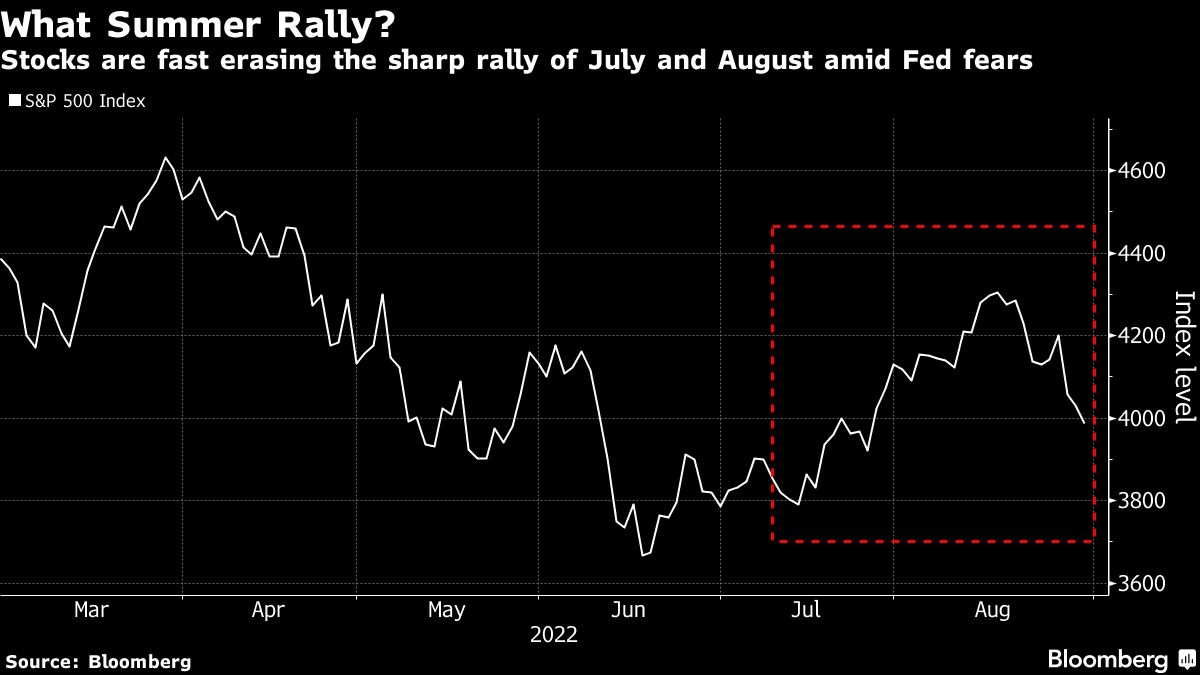 Morgan Stanley’s Michael J. Wilson -- one of Wall Street’s most famous bears -- also said this week he expects the S&P 500 to hit 3,400 points in the event of a soft landing and 3,000 in case of a “proper recession.” Famed investor Jeremy Grantham, meanwhile, said the “super bubble” he warned about has yet to pop.

Yet investors appear to be turning less pessimistic on the outlook for US stocks.

At the same time, Bank of America’s custom bull-and-bear indicator rose from the zero mark to turn less bearish for the first time since June. The bank’s so-called sell-side gauge also ticked higher in August for the first time since October 2021, strategists led by Savita Subramanian wrote in a note on Thursday. The gauge assesses Wall Street sentiment toward US equities on a monthly basis, based on asset-allocation recommendations provided to the bank and Bloomberg.

In Europe, though, there was no let up in the exodus, with stock funds seeing outflows for a 29th straight week. In terms of equity flows by style factors, US value had inflows, while small cap, growth and large cap saw redemptions. By sectors, technology led additions, while consumer had the biggest outflows.