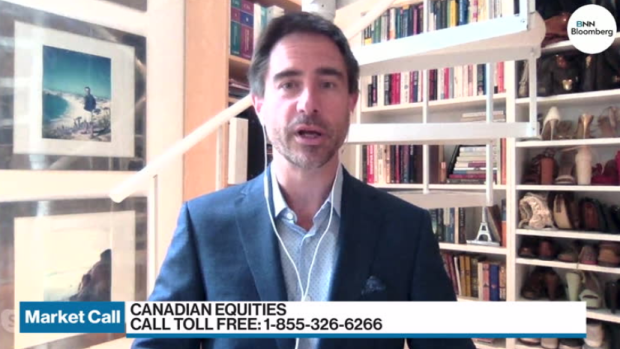 COVID-19 is no longer the primary risk to stocks. It’s too early to declare “all clear,” but the worst of the initial wave of infections in the developed world appears to be behind us. We’ll leave the question of a second wave to the epidemiologists because to opine on this would be just be speculation. We’ll opine on where we are in the economic cycle, though: we’re emerging from the shortest and deepest recession of our lifetimes. The economy is growing again as the country tentatively re-opens for business. This is obviously good news, as the main reason to invest in stocks is for growth and the second for a growing stream of dividend income over time. The most notable risk today is central banks and governments prematurely withdrawing their extraordinary monetary and fiscal support to the economy, the primary drivers of recent equity market buoyancy. We’re comfortable with this risk, as central banks and governments have universally adopted a “whatever-it-takes” stance to support the economy.

Upcoming U.S. elections are a medium-term risk, as the incumbent is likely to also do whatever it takes to get re-elected, including re-escalating the trade wars with China and pandering to his Republican base in various ways, clumsily inflaming recession-heightened social and economic justice concerns. In the short term, markets are overbought after rising relentlessly for three months and are vulnerable to a pause or pullback. In this environment, our approach is not to try and be heroes, buying every beaten-up cyclical stock, but rather to construct a well-diversified portfolio of best-of-breed companies and encapsulating the diverse themes of secular growth, interest rate sensitive/bond proxies and cyclicality.

Dollarama is Canada’s largest dollar store chain with approximately 1,300 stores and plans to grow to 1,700 over the next several years. The company’s key competitive advantages include procurement and merchandising expertise which allows them to price extremely sharply, expertise in securing high traffic locations as well as operational efficiency within stores and distribution centres. Growth requires very modest capital and is easily financed internally. The company generates nearly $600 million of annual free cash flow, much of which is returned to shareholders via dividends and share buybacks. Dollarama has grown earnings at a compound rate of 19 per cent over the last five years and should continue to grow at a low to mid-teens pace. The company recently acquired a majority stake in its Central American joint venture partner, Dollar City, which further extends and accelerates its growth in faster-growing economies where modern retailing remains in its infancy.

With a 14 per cent share of the global market, Methanex is the world’s largest producer of methanol, a product used in fuel blending, plastics, and other chemical applications. The company operates six production facilities in Canada, the U.S., Chile, Egypt, New Zealand and Trinidad and Tobago. Rare among commodity producers, Methanex generates prolific free cash flow through the cycle thanks to its efficient plants situated near abundant sources of low-cost natural gas feedstock. Methanol prices are cyclically depressed amidst pandemic-ravaged demand for transportation fuels, affording an opportune entry point into the stock, with the shares trading at 1.3 times book value versus their 10-year average of 2.5 times.

With a 17 per cent market share, Intact Financial is the largest property and casualty insurer in Canada. Intact underwrites auto, home, commercial, and specialty insurance policies and is known for the efficient operations and consistent underwriting profitability. They target a return-on-equity 5 per cent higher than their rivals and which currently stands at 14 per cent. As a consolidator of the still-fragmented insurance market, Intact has grown earnings at a 8 per cent compound rate over the last five years and recently entered into the U.S. with the purchase of specialty insurer One Beacon in 2017. Long-term macroeconomic forces like climate change and rising property values boost Intact through higher policy premiums on higher insured property values. Over the medium-term a “hardening” (premiums rising steadily) of property and casualty insurance market should provide a significant tailwind to their financial results.