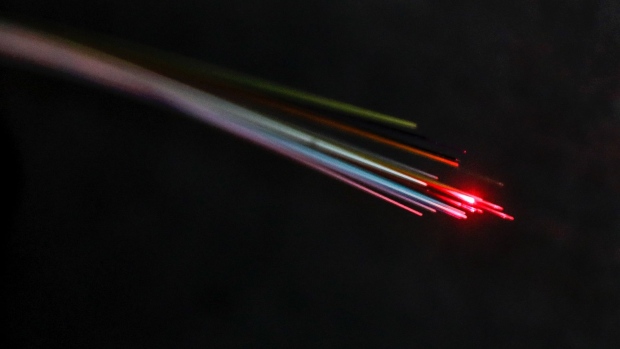 (Bloomberg) -- A consortium led by HRL Morrison & Co. and Brookfield Infrastructure Partners is nearing a A$3.4 billion ($2.5 billion) agreement to take Australian fiber cabling firm Uniti Group Ltd. private, according to people familiar with the matter.

The Adelaide-based residential broadband provider could announce a deal as soon as this week, said the people, who asked not to be identified as the discussions are confidential. The companies have been in exclusive negotiations since the consortium improved its offer to A$5 per share, from A$4.50 each that it first tabled in March.

While talks are at an advanced stage, they could still be delayed or fall apart, the people said. Representatives for Uniti and Morrison declined to comment. A spokesperson for Brookfield did not immediately respond to a request for comment.

A deal would mark the second-largest transaction targeting an Australian company so far this year, behind Blackstone Inc.’s A$8.9 billion acquisition of casino operator Crown Resorts Ltd. It would be the largest deal for an Australian infrastructure company in 2022 at a time when real-asset sectors are undergoing a wave of takeovers led by yield-hungry pension and sovereign funds.

An agreement would also put any bidding war over Uniti to an end, starting with Morrison’s cash offer of A$4.50 per share on March 15. Macquarie Asset Management and PSP Investments on March 24 made a rival offer at A$5 each, valuing the broadband provider at about A$3.4 billion. On the same day, a unit of Brookfield Infrastructure joined Morrison in bidding. On March 29, the Morrison-Brookfield consortium boosted its offer to A$5 per share and entered into exclusive talks with Uniti.

Australian pension manager Commonwealth Super planned to participate in the buyout of Uniti with an investment of about A$400 million, the Australian Financial Review reported on Tuesday, citing unidentified people.