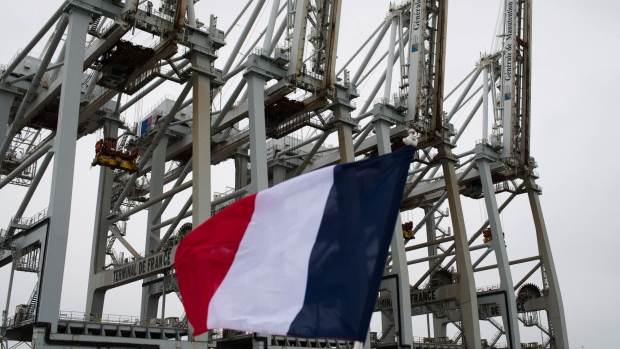 (Bloomberg) -- Brookfield Asset Management Inc. and Canada’s Public Sector Pension Investment Board are considering reviving the sale of a controlling stake in French towers company TDF Infrastructure, after previous plans to do so stalled, according to people familiar with the matter.

The investment firms may begin a formal sale process before the end of the year that could value TDF at more than 5 billion euros ($5.9 billion), the people said, asking not to be identified discussing confidential information.

Deliberations are in the early stages and no final decisions on the timeline of any sale have been made, the people said. Representatives for Brookfield and TDF declined to comment, while a spokesperson for PSP didn’t immediately respond to requests for comment.

TDF handles mobile phone, radio and television transmissions from 19,000 sites across France and its overseas territories, according to its website. Its antennas have sat atop the iconic Eiffel Tower in Paris.

A group of infrastructure investors bought the company for 3.6 billion euros in 2015. Brookfield is the largest investor in TDF, with a 45% stake, with APG Asset Management NV, Arcus Infrastructure Partners LLP and PSP holding another 45% and Credit Agricole Assurances SA the remainder.

Brookfield and PSP shelved the sale of their stakes in TDF in 2019 after offers fell short of expectations, Bloomberg News reported at the time. The sale had drawn interest from the likes of American Tower Corp. and Macquarie Group Ltd.