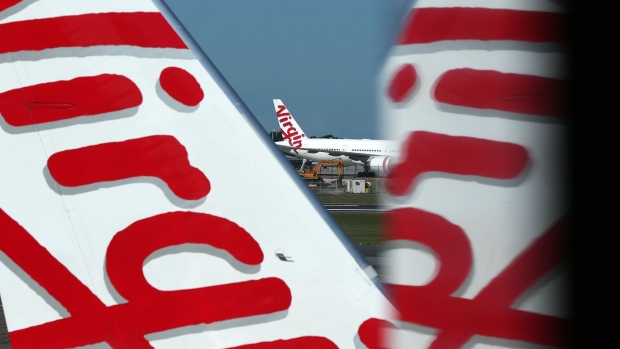 (Bloomberg) -- Brookfield Asset Management Inc. is in discussions with administrators for Virgin Australia Holdings Ltd. over rejoining the bidding for the airline after withdrawing from consideration, people familiar with the matter said.

The Canadian asset manager had submitted a proposal before the May 15 deadline for indicative offers for the carrier, but withdrew over concerns about the competitive environment, said one of the people, who asked not to be identified as the discussions are private.

Brookfield’s concerns about the process include that there are too many bidders and that the timeline is too short, both of which make it difficult to ascertain the key information they would need to firm up a bid, said the people.

The revival of Brookfield’s bid would shake up a shortlist that Deloitte had described as a small number of well-funded parties with strong aviation credentials. The process has included as many as 20 parties initially expressing interest.

Either the administrators or Brookfield could decide not to proceed with the discussions. Representatives for Brookfield and Deloitte declined to comment.

In its May 18 statement confirming that it had determined the shortlist, Deloitte said it could not comment on who the chosen parties were due to confidentiality commitments.

Deloitte has said it plans to work intensely with the shortlisted parties, as it seeks binding offers by mid-June.

Virgin Australia entered voluntary administration last month after being overwhelmed by A$6.5 billion ($4.3 billion) in debt amplified by years of losses and a severe revenue shortfall from coronavirus-related travel cancellations.