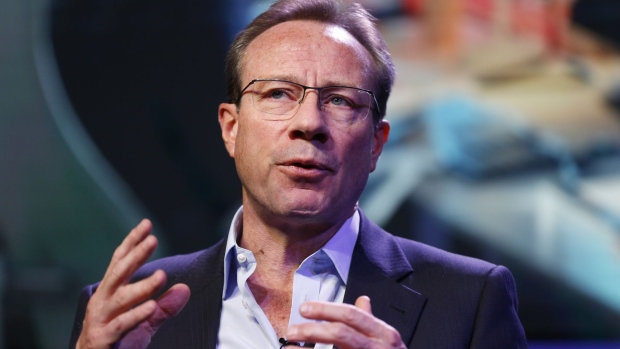 In the company’s “PJ Live” virtual town hall meeting Wednesday, staff protested, asking for Jansen’s thoughts on workers who are struggling to pay bills, according to footage of the virtual meeting seen by Bloomberg. Several others pointed to Jansen’s own pay, which rose 32% this year to £3.5 million ($4.3 million), due to share awards.

A spokesman for BT didn’t dispute the characterization of the call, and said the raise they’ve awarded workers is the highest in 20 years. Jansen “felt strongly that going ahead with the meeting and openly answering questions colleagues had in a live setting was the right thing to do,” the spokesman said.

The Communication Workers Union is in its final days of balloting BT employees on whether to strike, joining an acrimonious national debate on pay. A rail strike has hobbled travel in London this week after tens of thousands of workers walked out. Post Office workers went on strike last month, and British Airways unions voted in favor of action earlier on Thursday.

Jansen said he wouldn’t want a strike to “damage the business in a way that isn’t helpful for the future” by harming customer relationships. “Would I like to do more? Yes. Can we afford to do more? No.”

He said BT’s revenue hasn’t increased for several years while its energy bill, already sitting at about £350 million, would jump by at least 50%. He cited other expenditures like investment in fiber optic lines, taxes, dividends, interest payments on almost £20 billion in debt and the company’s pension deficit.

“When you add all that stuff up, we’re actually slightly in the negative - so we’ve actually taken on more debt to make all that work,” he said at the meeting.

The CWU expects a result of its strike ballot on June 30. Talks with management fell apart in April, and BT unilaterally awarded 58,000 so-called front-line workers of its roughly 100,000 total a flat £1,500 annual increase, effective April 1. That’s about 8% for the lowest paid workers and about 3% for the higher paid in the group, the company has said. That’s less than inflation, which hit 9% in the U.K. that month.

Jansen said on the town hall that he was willing to talk to “anybody, anytime” and described his relationships with the unions as “really good.”

BT should make an offer that keeps pace with inflation, a CWU spokesman said, describing the call as “a complete embarrassment” for Jansen. “It is no surprise that a CEO with a £3.5 million pay package isn’t in touch with working people,” he said.

BT analysts are also asking whether political attention on the cost of living crisis could squeeze BT’s pricing power in a retail market which Jefferies analyst Jerry Dellis described as “oligopolistic” this week. The company rolled out a broadband price increase of January’s annual inflation rate plus 3.9%.

Jansen has been summoned to a meeting with Culture Secretary Nadine Dorries to discuss how to mitigate higher costs to consumers, according to Sky News. BT already offers social tariffs to people on state benefits.