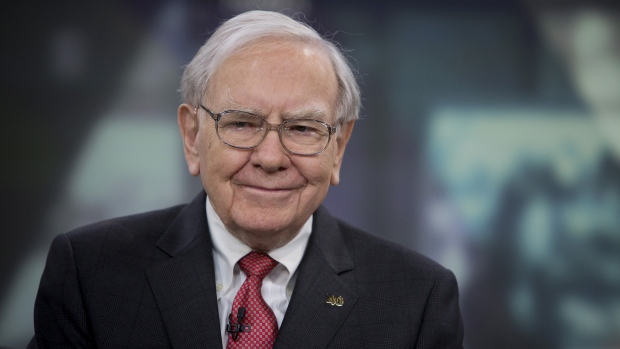 Warren Buffett has frequently touted his Berkshire Hathaway Inc. as a home for businesses away from what he said was the debt-fueled, quick-turnover appetite of private equity firms. But the Berkshire name wasn’t enough for Tech Data Corp.

Berkshire made a US$140-a-share bid for the distributor of technology products that was topped by a US$145 offer from Apollo Global Management Inc., CNBC reported. The offer was another effort by the billionaire investor to put a chunk of his record US$128 billion cash pile to use and signals that while Buffett is still on the prowl, he may not be willing to outbid private equity firms flush with money.

Buffett has been stymied on the acquisition front in recent years, causing the billionaire investor to express frustration about the “sky-high” prices for decent businesses. He said earlier this year that he was working on a large deal in the fourth quarter of 2018 but it eventually fell through. The lack of deals has also pressured Buffett’s ability to maintain the stock returns that helped make him famous. Berkshire’s stock is on track for its worst underperformance since 2009.

Berkshire’s interest forced Apollo to raise its bid to one that values Tech Data at about US$6 billion, including debt. Tech Data helps bring products to market for firms such as Microsoft Corp. and Apple Inc., which is Berkshire’s largest public stock investment as it has a roughly US$56 billion stake in the iPhone maker.

“He’s just not going to throw the money out and earn a rate of return below what his minimum target is,” David Kass, a professor of finance at the University of Maryland’s Robert H. Smith School of Business. “He is Buffett because he’s patient.”

The biggest private-equity firms are on a tear. Apollo’s Leon Black said earlier this month that the firm is on track to almost double its assets under management to $600 billion in five years.

A Tech Data buyout by Berkshire would have pushed the Omaha, Nebraska-based conglomerate further into the technology realm, an area that Buffett avoided for decades. It also would have added another family-built business to Berkshire’s mix of retailers, insurers and energy companies. Edward Raymund founded the company and his son Steven Raymund ran the firm for about two decades before becoming chairman. Steven Raymund stepped down in 2017.

For Berkshire, the Tech Data saga likely ends here. Buffett isn’t planning to make a higher bid, according to CNBC. His appetite for a large buyout may continue.

“We continue, nevertheless, to hope for an elephant-sized acquisition,” Buffett said in his annual shareholder letter released earlier this year.

--With assistance from Amy Thomson.