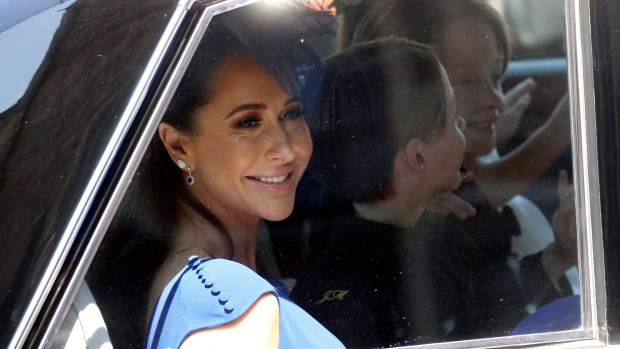 Jessica Mulroney arrives at the wedding ceremony of Prince Harry and Meghan Markle at St. George's Chapel in Windsor Castle in Windsor, near London, May 19, 2018. AP/Chris Jackson.

Mulroney joins other influential women, including tennis legend Serena Williams and actor Priyanka Chopra, who have been named advisors and ambassadors for the “women first” dating app in which females initiate conversation.

In a release Bumble said Mulroney will work with the company’s senior executive team on growing the company’s other social-media platforms including Bumble Bizz and Bumble BFF, which aim to connect users with career opportunities and new friendships. Mulroney will also participate in Bumble’s mentorship and networking events in Canada, the release said.

“As women, for those of us who have come to appreciate how far making the first move can take you, we need to teach and empower each other to approach life, love and business in the same way,” Mulroney said in the release.

The announcement comes as the number of Bumble’s Canadian users hit more than four million. The company also said it has more than 50 million users worldwide.