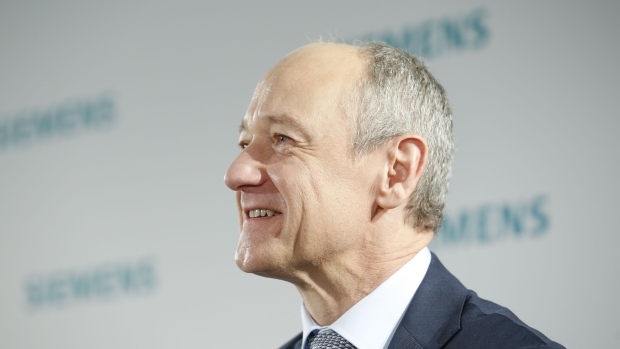 Roland Busch will take over as chief executive officer of Siemens AG from Joe Kaeser in early October, a German newspaper reported.

Although Kaeser’s contract runs until January next year, Oct. 1 would be the logical moment for him to make way for Busch, who is his deputy, the Frankfurter Allgemeine Sonntagszeitung reported, citing sources close to the supervisory board it did not identify.

The company named Busch to succeed Kaeser in March, and said two senior managers would depart in a major shakeup at the German manufacturing giant following a dispute over strategy.

The Munich-based company did not previously specify the exact timing of the CEO change, saying Busch would take the top role by Feb. 3 next year.