Canada’s economy expanded less than expected in January even before the pandemic caused a virtual shutdown, reinforcing views the first quarter will be weak.

Gross domestic product rose 0.1 per cent from December, missing economist estimates for a 0.2 per cent gain, Statistics Canada reported Tuesday. That follows a 0.3 per cent jump in the prior month.

Tuesday’s numbers are largely moot since the growing coronavirus pandemic has changed the entire economic picture in the last month. The weaker-than-expected print backs up economists’ views that the economy will contract in the first quarter. 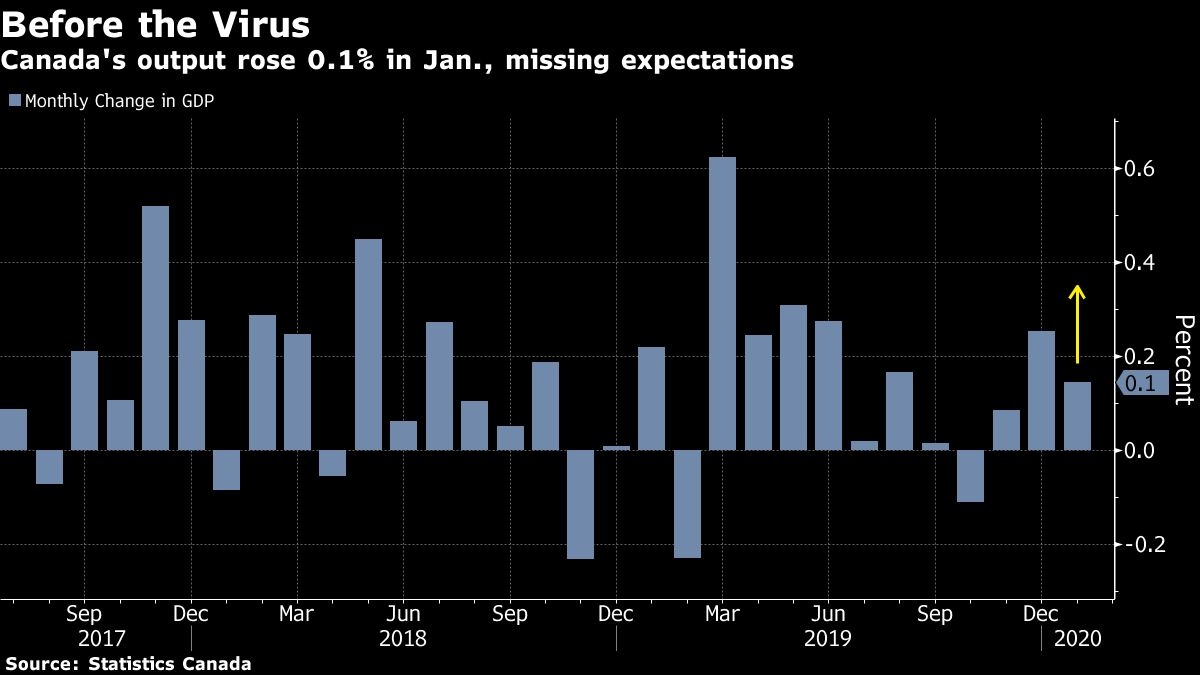