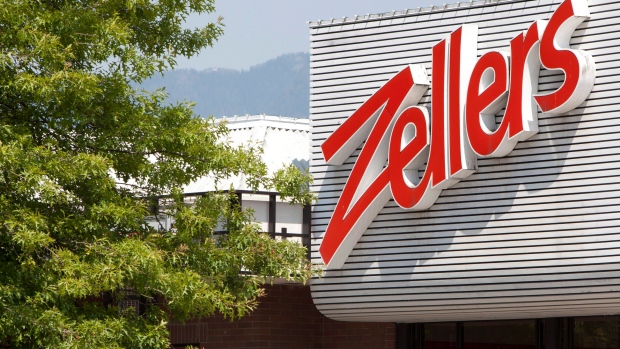 Customers are seen coming out of a Zellers store in Lynn Valley in North Vancouver, B.C., Thursday, July, 26, 2012. , THE CANADIAN PRESS/Jonathan Hayward

"Through the normal course of business we continually evaluate store performance and other factors, and may determine it necessary to close a store," spokeswoman Tiffany Bourre wrote in an emailed statement.

The retailer expects to close the Toronto and Ottawa locations in January 2020.

Bourre declined to specify how many employees work at the stores, saying "we do not break out store employment numbers."

Eligible employees will receive employment separation packages and the company will explore transfer opportunities where it is feasible, she said.

But an American firm bought him out and subsequently went bankrupt during the Great Depression. Zeller purchased back the Canadian properties, which had grown to 14 locations by then.

He reopened a dozen of the stores in Ontario, Quebec and New Brunswick as Zellers in 1932.

HBC became the sole owner of Zellers in 1978.

In 2011, the company reached a roughly $1.8-billion deal to sell the leases of 189 Zellers stores to Target and close the remainder -- save for three locations -- by March 2013.

Of the three locations, Montreal and Surrey closed in 2014. That same year, the Ottawa location re-opened, leaving it and Toronto store as the sole remaining Zellers stores.