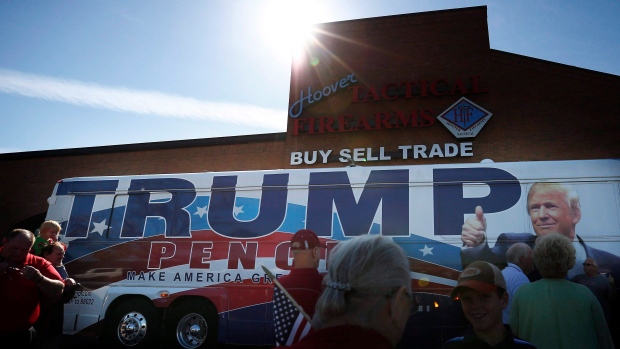 Former Quebec premier Jean Charest says he thinks Canada can emerge in the wake of the U.S. presidential election as a continental destination for foreign trade and investment.

In an interview on BNN, Charest urged Canada to seize Donald Trump’s stunning election win as an opportunity to distinguish itself as a viable, open alternative to the United States for foreign investors and companies.

“Canada should be looking at positioning ourselves relative to the new Trump government as being the place in North America to invest,” Charest said.

“If we play our cards right, both in regards to Asia, the Middle East or even Europe, Canada can emerge from this as being the place to go.”

Charest said a pair of competitive factors could help sway international firms to establish or grow their presence in Canada.

“There’s two things that come to mind when you look at investment decisions. One is the cost of our health care system relative to the United States, which is cheaper and has an impact on the cost of doing business to Canada’s advantage, and the other one is the corporate tax rate,” he said.

“I think there’s a broad consensus that we need to keep [corporate taxes] at around 25 per cent at the highest if we want to take advantage of our situation ... We want to preserve what we have.”