Pay for the leaders of Canada’s five largest banks rose an average of 28 per cent as the lenders’ earnings increased and shares gained.

Total direct compensation for the chief executive officers climbed to a combined $65.7 million (US$51.2 million) for fiscal 2021, which ended Oct. 31. The bump for CEOs tops the 18 per cent average increase in variable pay that the banks doled out to their workers last year -- and the 6.3 per cent gain in total compensation per employee over the period. 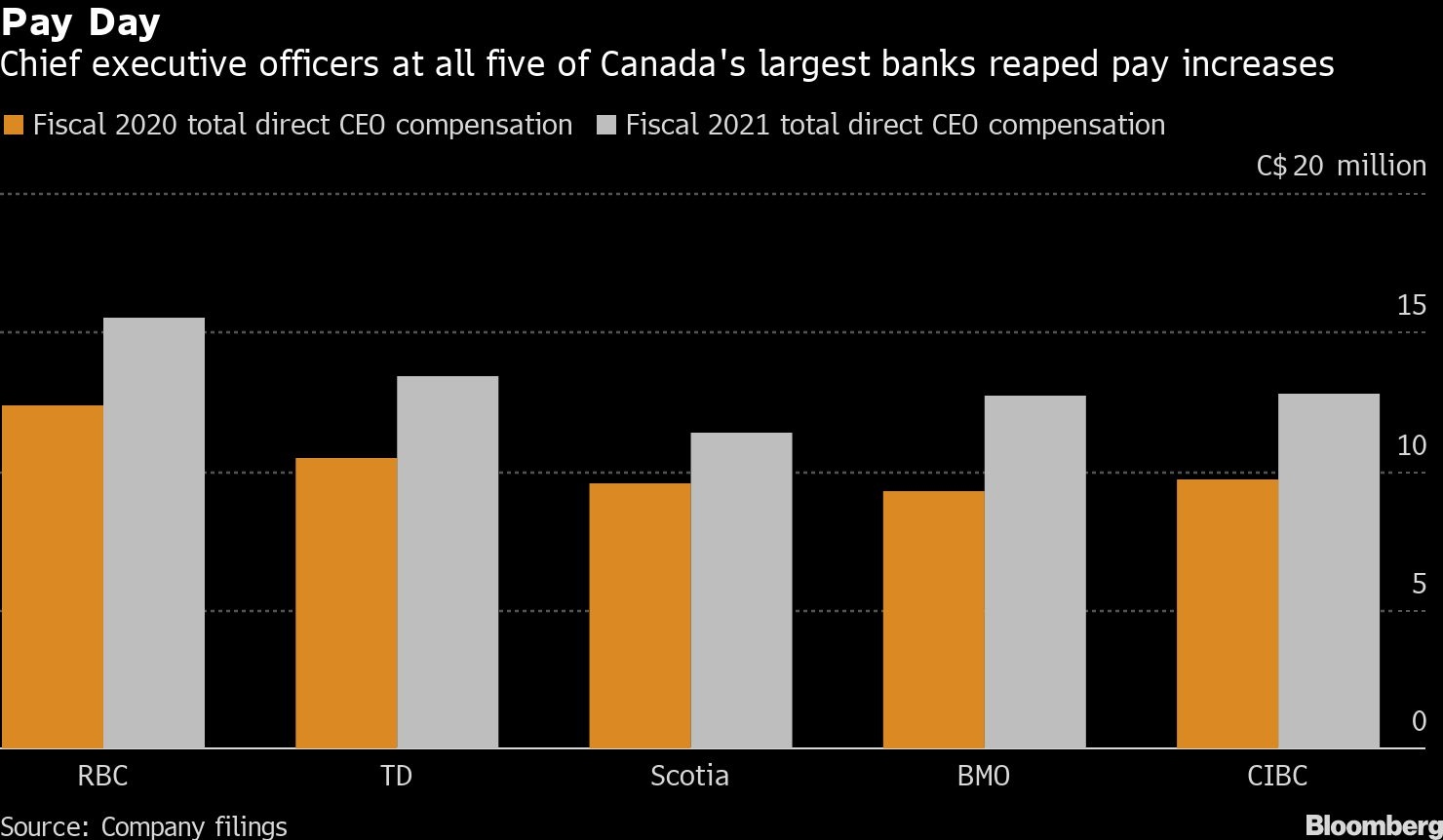 Royal Bank of Canada CEO Dave McKay had the largest pay package, at $15.5 million. The bank, Canada’s largest by market value and revenue, had a 40 per cent increase in income -- to $16.1 billion -- during the year. Net income for Canada’s five largest banks rose 39 per cent to a combined $54.5 billion in fiscal 2021.

Darryl White, the CEO of Bank of Montreal, had the biggest pay increase, at 37 per cent. The lender’s shares climbed 69 per cent during the 2021 fiscal year, the best performance in the eight-company S&P/TSX Commercial Banks Index, which rose 50 per cent. The index is up 6.7 per cent in the lenders’ current fiscal year. 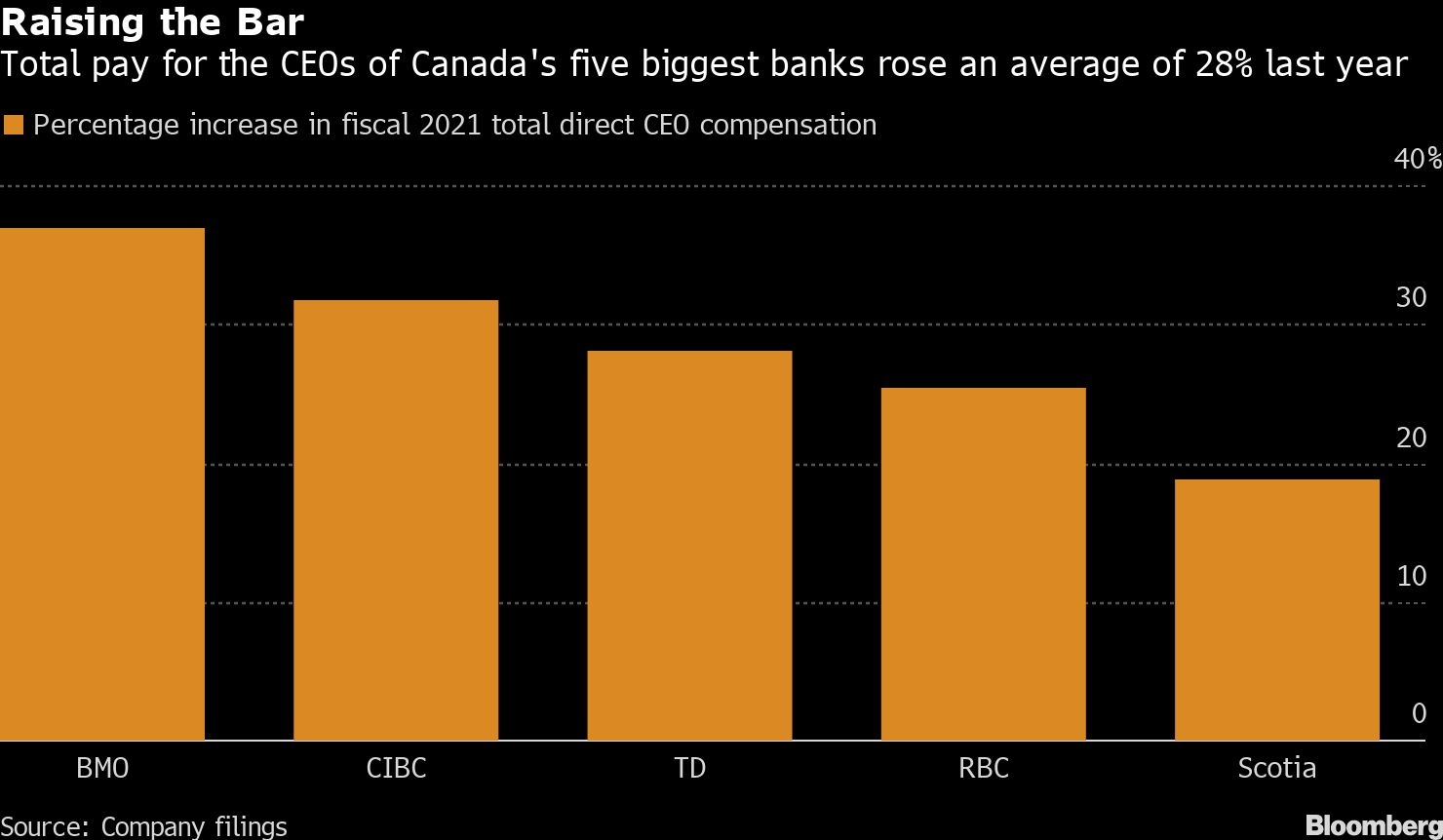