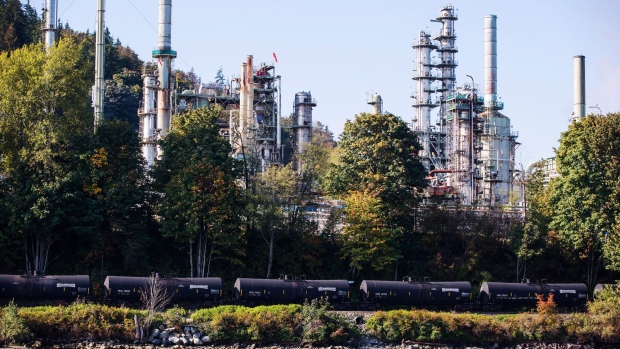 Canada’s financial industry is girding for battle as it pushes to include its vast energy resources in one of the hottest sectors of global finance -- the multi-trillion market for green and sustainable assets.

Allowing industries like the oil sands to tap the sustainable debt market may seem like an oxymoron but Canada argues finding a way to finance the industry’s transition to greener technologies will be key to cutting emissions. A task force, made up of bankers, investors such as pension funds and social groups is developing nationwide classifications for the market before joining global talks where it is expected to meet stiff resistance.

“We have a very natural resource-intensive economy and the society is clearly connected to that, and these realities are essentially excluded,” Peter Johnson, said at green bond conference Tuesday organized by Investment Industry Association of Canada. Johnson, director of environmental, social risk and opportunity at Toronto-based Bank of Nova Scotia, leads the Canadian Standards Association’s task force on green and transitioning finance.

Oil and gas companies account for more than 20 per cent of Canada’s exports and are the largest source of greenhouse gas emissions at 26 per cent. But heavy resource and industry sectors are being mostly excluded from efforts by regions such as the European Union to standardize green and sustainable bonds as an asset class.

The International Organization for Standardization created a committee in 2018 to come up with new global standards on sustainable finance. The British Standards Institution currently holds the secretariat.