Investors shorting the loonie are hurting after the latest BoC statement: Strategist

The year’s best-performing major currency got even stronger Wednesday after its central bank signaled that rate hikes may be coming sooner than previously thought. It may prove to be the rally’s final act.

In the wake of the Bank of Canada’s announcement, the loonie gained as much as 0.7 per cent, and Canada’s two-year yields climbed as much at 27 basis points. While these short-end yields now lead their U.S. counterparts by over 50 basis points, that spread should only fuel the CAD for a few days before the currency falls victim to dollar movements and broad risk sentiment, said TD Securities’ Mark McCormick, who targets USD/CAD at 1.275 over the next month or two. 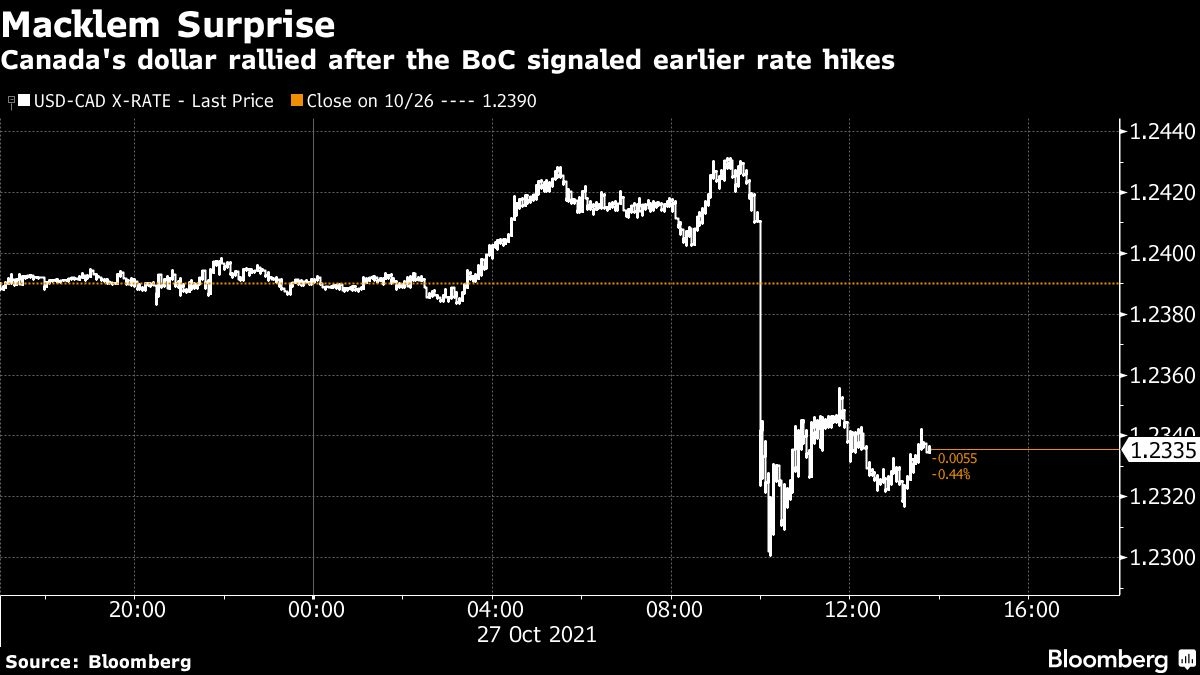 Bipan Rai, head of foreign exchange strategy at CIBC, targets USD/CAD at 1.2575, and sees the loonie’s fate contingent on whether the Federal Reserve will go more hawkish on inflation at its meeting next week, boosting Treasuries and reducing that spread.

“To keep our USD bullish view intact, the Fed can’t be seen as the most dovish central bank again (which was the case earlier this year),” he wrote in a research note after Wednesday’s BoC release.

Rai’s not the only one waiting on the Fed. Short-dated USD/CAD put volumes are building near the day’s session low at 1.23, with DTCC data showing over US$650 million of Nov. 10 expiries traded since Wednesday’s Bank of Canada policy decision. An additional US$1.1 billion of 1.2330 strikes roll off Nov. 18.

Even loonie bulls are cautious at current levels with an FOMC meeting and dueling jobs reports next week. Stops are building beneath the support level of 1.2288, the Oct. 21 low, but it may take another rally in oil to challenge them before the Fed.

“We do not exclude a push under 1.20 but we think it will take a particular constellation of developments (a much weaker USD generally and much higher commodity prices, for example) to achieve this,” Osborne wrote in a report Wednesday. 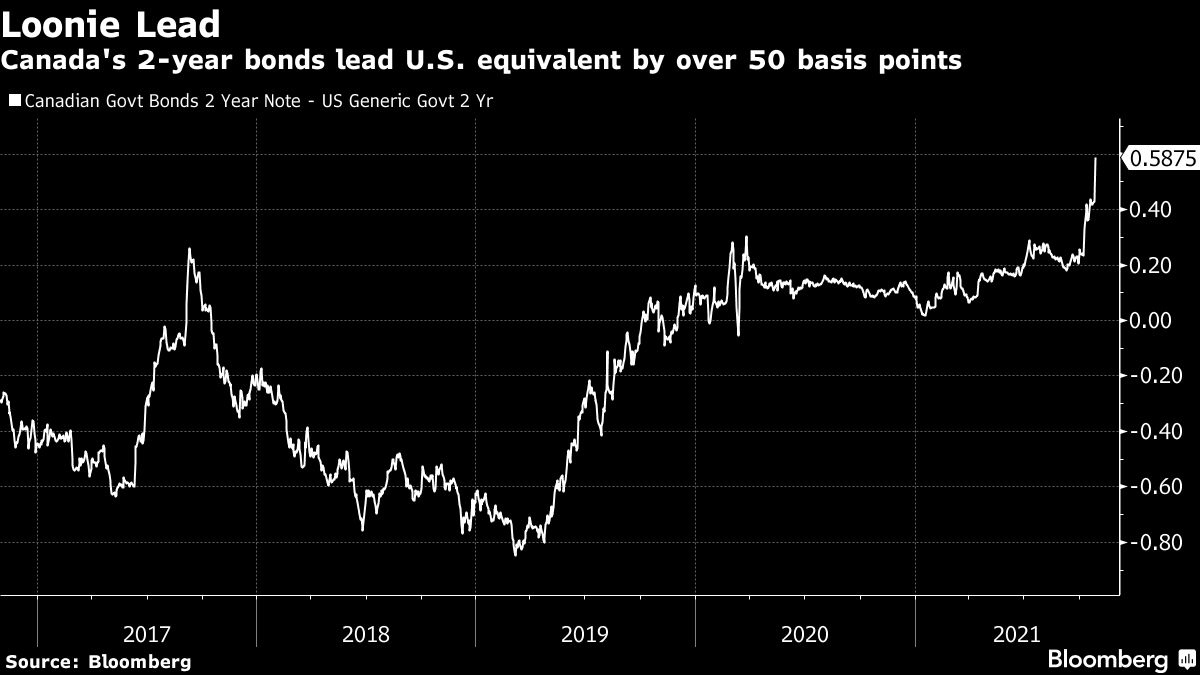