Canada’s economy returned to its sluggish ways in February, with a drop in output that will reinforce expectations of a slow start to the year.

Gross domestic product fell 0.1 per cent, taking back some of the 0.3 per cent gain in January in part due to poor weather, Statistics Canada said Tuesday from Ottawa. Economists were estimating output would be unchanged.

The February data are consistent with an economy that continues to grapple with a number of headwinds and may have barely grown in the first quarter of 2019, extending a slump that began at the end of last year.

The monthly numbers are in line with the Bank of Canada’s pared back expectations for the quarter. Without any more growth in March, Canada’s economy may have come to another near halt in the first three months of the year, as the central bank is now predicting. Policy makers expect the economy to pick up from the second quarter on.

Falling resource production was the main culprit in February, with the mining and oil and gas sector down 1.6 per cent -- its sixth consecutive drop. While the oil and gas sector continued to show weakness, the big decline was in mining and quarrying outside of energy. That component fell 4.4 per cent, driven by reduced output of most types of metals.

A tough winter in much of the country also played a role in the contraction, adding to the economy’s woes. This was evident in a 1.6 per cent drop in transportation and warehousing sector, the largest one-month decline for the sector since June 2011. On the flip side, February was a great month for utilities, which saw output jump 1.5 per cent because of the cold. 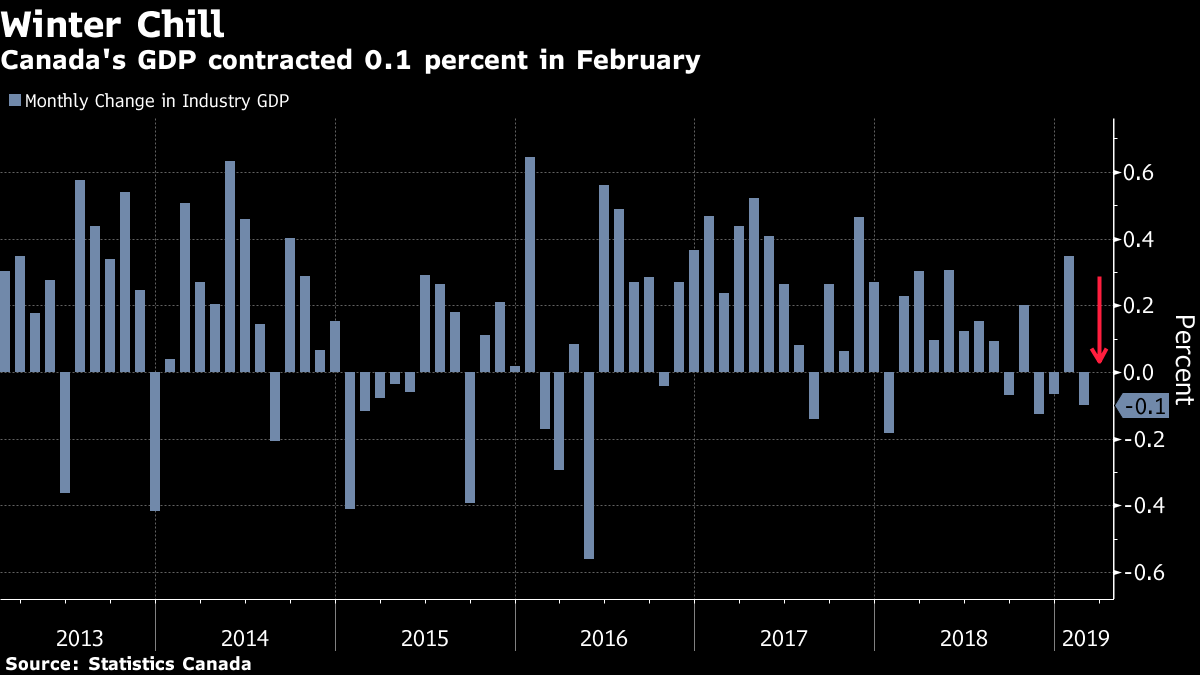 About half of the sectors tracked by Statistics Canada actually posted gains, with increases also recorded by builders, retailers and wholesalers.

While conventional oil dropped, the situation in the oil sands seems to be stabilizing. That sector dropped just 0.1 per cent in February, after a 4.1 per cent drop a month earlier.

Manufacturing contracted 0.4 per cent, after a 2.1 per cent gain in January that was the largest in nearly to 15 years.