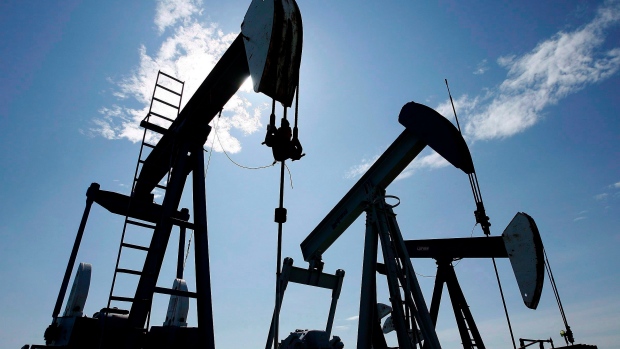 Alberta’s crude curtailment plan has caused a dramatic rise in the price of heavy Canadian oil. But for shares of energy companies, it hasn’t been as much of a help.

Since the production curtailment was unveiled early last month, Western Canadian Select crude has almost doubled to about US$43 a barrel, narrowing its discount to benchmark U.S. oil to an almost decade-low of US$6.95 a barrel on Jan. 11. Yet in that same time, the S&P/TSX Energy Index is up less than 4 per cent.

Driving the stagnant performance are the forced cuts in output among the larger producers as well as a series of conservative moves by smaller drillers who are less affected by the program. Overall, the industry is dialing back spending and waiting for better days -- a strategy that analysts have lauded as prudent but that investors have found less than compelling.

“Certainly the curtailment program has helped the cash flows, but it’s sending a clear signal: ‘You can’t grow. Don’t even try,’” said Laura Lau, who helps manage $1.4 billion in assets at Brompton Corp. in Toronto.

The larger producers that are most affected by the curtailment, such as Suncor Energy Inc., Canadian Natural Resources Ltd. and Cenovus Energy Inc., are all planning on flat or reduced spending next year. 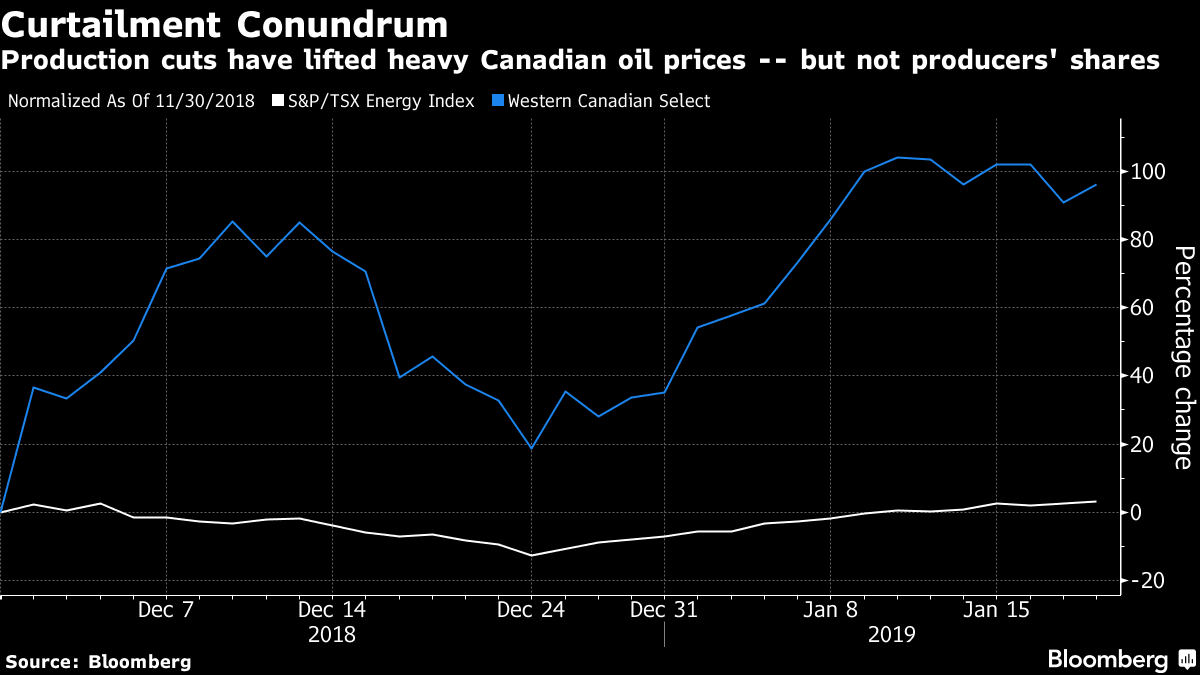 Smaller drillers who aren’t forced to cut as much output are following suit. Whitecap Resources Inc. said last month that it’s keeping spending in line with last year’s levels and heavily weighting it to the second half. Crescent Point Energy Corp. said last week that it’s slashing its spending by $500 million to about $1.3 billion and trimming its dividend.

The frugality has even spread beyond the oil industry to gas producers, much of whose output goes to fuel oil-sands operations. Peyto Exploration & Development Corp. last week set a capital budget of $150 million to $200 million for the year, down $100 million from the forecast it gave in November, and cut its dividend.

While many of those moves were cheered by analysts, investors were less enthused. In the first trading session after announcing their plans, Peyto slid 11 per cent, Crescent Point fell 1.3 per cent and Whitecap dropped 6.8 per cent.

The message that companies are sending to investors is that they don’t have confidence that the long-term problems the industry is facing -- such as the inability to get new pipelines built -- will be fixed, Lau said. And even though the curtailment program is achieving its goal of boosting Canadian crude prices, the fact that it was even needed sends a negative signal to investors, she said.

“If Alberta, which I’d argue is the most entrepreneurial of the provinces, is seeking government intervention, it just shows things are really bad,” Lau said.