Gains for Canadian retailers slowed sharply in July and August, suggesting pent-up demand from prior months has been largely extinguished.

Sales grew 0.6 per cent in July, versus 23 per cent in June and 21 per cent in May, Statistics Canada said Friday in Ottawa. Excluding vehicles, receipts unexpectedly dropped 0.4 per cent, versus a forecast gain of 0.5 per cent. Preliminary estimates from the agency show receipts climbed 1.1 per cent in August, suggesting the weaker trend will continue.

The report reinforces warnings that the pace of the recovery will slow in the second half of the year, after a strong V-shaped rebound through the early summer. 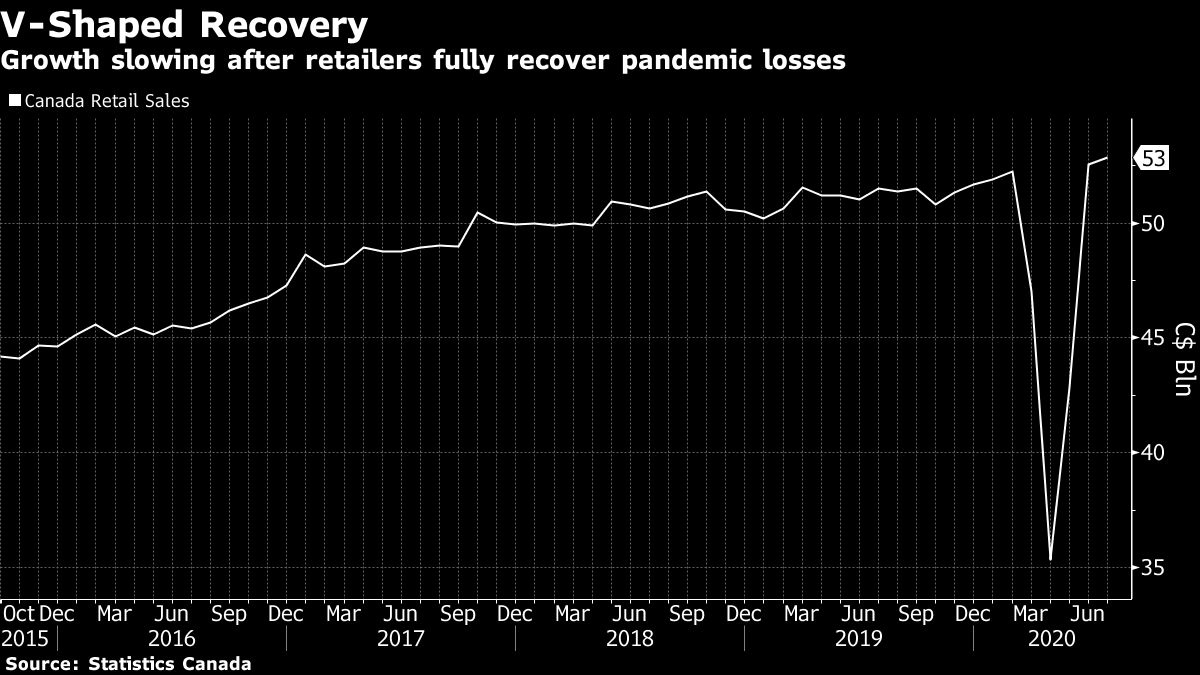 “All in all, the numbers imply that retail activity is normalizing after the whipsaw of a huge downturn and recovery,” said Scotiabank economist Brett House in a note.

Core retail sales, or those excluding vehicles and gasoline, dropped 1.2 per cent.

Still, the rebound has been impressive. In July, retail sales were up 2.7 per cent compared with year earlier levels.