Canadian exports and imports plunged by the most ever in April amid a shutdown of global trade.

Exports plunged 30 per cent during the month, more than offsetting a 25 per cent drop in imports. The nation’s trade deficit widened to $3.3 billion ($2.4 billion), from $1.5 billion in March. The median estimate of economists surveyed by Bloomberg had called for a $3 billion shortfall.

The report illustrates the extent to which global trade has collapsed amid pandemic-related lockdowns and travel restrictions. In Canada’s case, the economy is facing a double whammy from the pandemic and tanking oil prices. Combined imports and exports at $68.6 billion were the lowest since 2010. 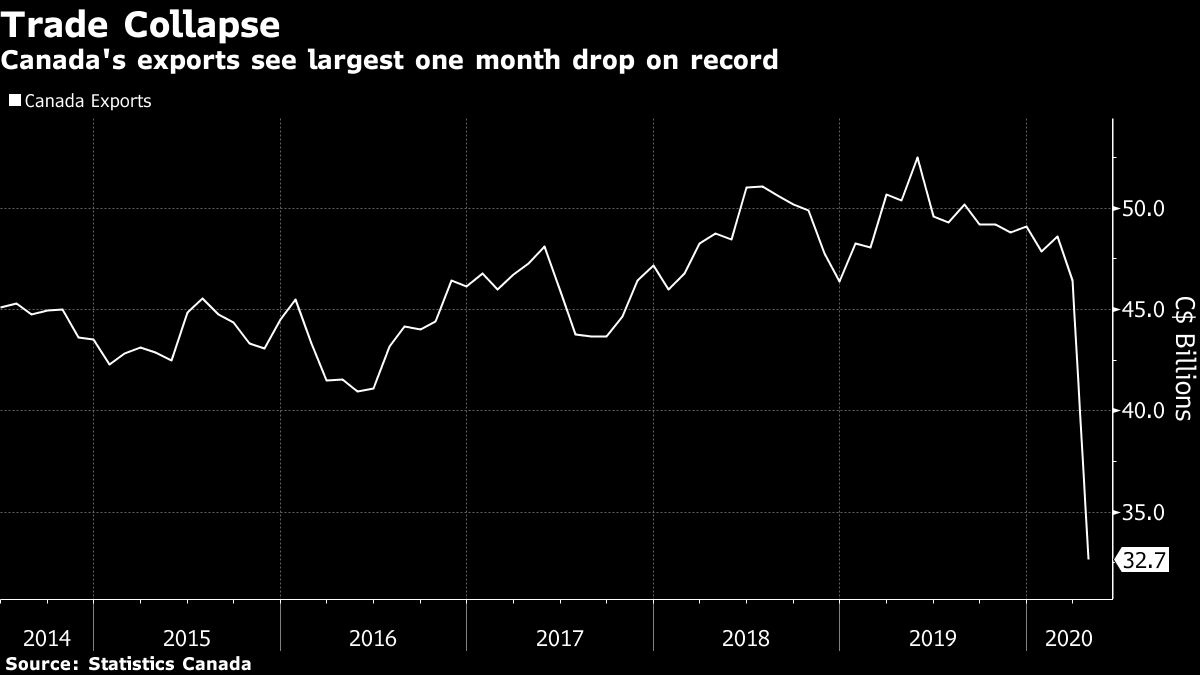 Energy exports dropped 44 per cent in April, as the value of crude oil shipments fell 55 per cent on lower prices and lower volumes due to weaker global demand.

In volume terms, total exports were down 20 per cent in April, with imports falling 25 per cent.