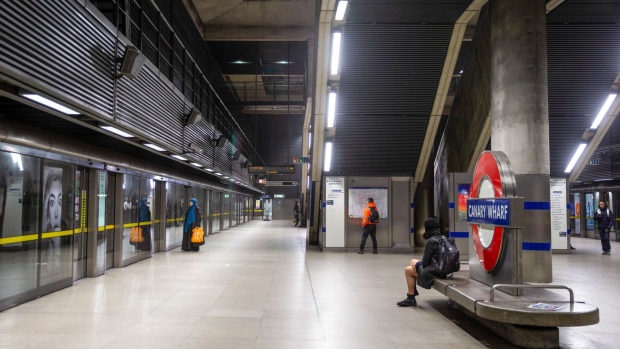 Commuters wait for a train on a nearly platform at the Canary Wharf London Underground station in London, U.K, on Thursday, March 19, 2020. U.K. Prime Minister Boris Johnson's government is considering tougher action to fight the spread of the coronavirus in London but has denied it is planning to confine residents to their homes or seal off the city. , Bloomberg

Canary Wharf Group is telling its staff to return to the deserted London financial hub amid concerns that a long period of working from home is taking a toll on the district.

CWG strategy director Howard Dawber said the group will start asking office-based staff to plan a return to their desks starting this week, the Telegraph reported on Saturday citing an interview. The recall won’t apply to those who have particular issues such as childcare, he said.

Chief Executive Officer Shobi Khan expressed frustration last month at the slow pace at which people were returning, saying companies only thrive when people can interact in the office.

Banking giants based in Canary Wharf have been sending mixed messages about calling employees back. HSBC Holdings Plc has said that it will cap the proportion of returning employees in its U.K. offices at 20% until at least September, while Barclays Plc boss Jes Staley has said he doesn’t intend to abandon office spaces such as the company’s Canary Wharf skyscraper.

The U.K had been gradually easing lockdown measures until a flare-up of the Covid-19 virus prompted the government to implement stricter social-distancing measures in the north of England this week. The government is still pushing ahead with its plans for white-collar workers to stop doing their jobs from home where possible to support local businesses from the fall-out of the pandemic.