White knights could potentially help save CannTrust from losing its sales and processing licences: Sources

There is some behind-the-scenes action taking place in an attempt to save embattled cannabis producer CannTrust. BNN Bloomberg’s David George-Cosh reported exclusively that at least two Canadian cannabis producers have been approached by bankers to gauge interest in acquiring the Vaughan, Ont.-based company, while one company has reached out to Health Canada to inquire if the federal regulator would be amenable to a white knight scenario. Such a move could help keep the beleaguered company operating and stave off the worst-case scenario of losing its sales or processing licences as a result of unlicensed production at one of its facilities. Shares of CannTrust turned positive after the news was reported, although investors quickly gave up most of those gains in late Thursday trading.

Cannabis: it’s not just for humans anymore. In fact, it’s becoming an increasingly popular item for pet owners who have found pot to be an all-natural way to alleviate a wide range of creature ailments, including pain, arthritis, and anxiety, without getting them high. Bloomberg Businessweek reports, however, that the US$400 million pet CBD market is fragmented as many players in the space are waiting for the regulatory situation to be clarified. Despite vets being prohibited from recommending CBD, smaller companies that sell CBD-infused pet products could become buyout targets for the world’s biggest pet food sellers, the magazine reports.

Shares of Neptune Wellness Solutions soared Thursday following the company’s announcement that it closed a US$41 million private placement with both existing and new institutional investors. Neptune issued more than 9.4 million shares during the private placement at a purchase price of US$4.40 a share, the company said. The company said that some of the proceeds from the private placement will be earmarked for its acquisition of SugarLeaf Labs and Forest Remedies, while the balance is expected to be used for working capital and general corporate purposes.

Origin House, the trade name associated by CannaRoyalty, announced it made $21 million in revenue in preliminary second-quarter results in the three-month period ending June 30, up from the $3.5 million the company reported during the same period a year earlier. The company also said its approximate gross margin, excluding fair value items, came to 17 per cent in the second-quarter. Origin House said the rise in its sales comes amid increase in the number of licensed dispensaries in California, a market that the company has been focused on for the past two years. Origin House plans to release its full financial results for the second quarter during the second half of August in coordination with Cresco Labs, the company that plans to acquire it for $1.1 billion. 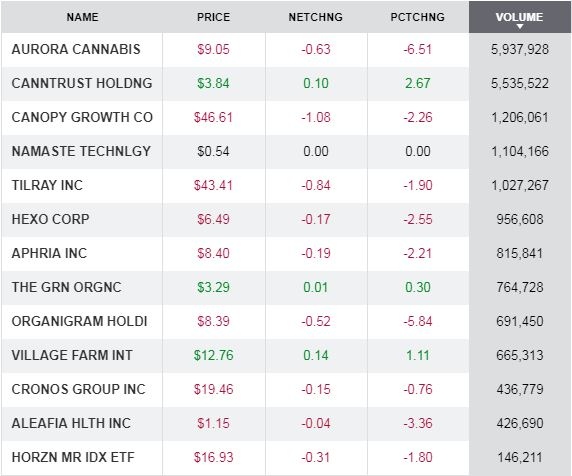