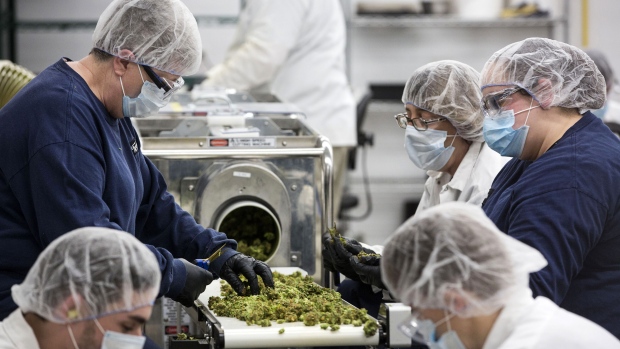 However, Linton doesn’t expect the world’s biggest pot company to be profitable in the reporting period that began on April 1, referring to earnings before interest, taxes, depreciation and amortization.

“Running off to show Ebitda rather than plowing as much in,” is not ideal, Linton said on the sidelines of a GMP Securities cannabis conference Tuesday in Toronto. “If you have no idea what to spend your money on, then you can be profitable.”

Linton expects Canopy’s revenue to grow steadily over the course of calendar 2019 and spike in the final quarter of the year as more retail outlets open in Canada’s supply-constrained recreational cannabis market. “Our general view is that we have a company which, over the 12 months from April 1 through, is able to do more than $1 billion in revenue, and that represents a good slice of the market,” Linton said. Analysts expect Canopy’s revenue to come in at $840.5 million for fiscal 2020, according to the average of estimates compiled by Bloomberg.

“The rate of growth will accelerate in the fourth calendar quarter just because of more stores and better products -- a reason to go to the store,” he said.

However, Linton said he has no plans to begin offering regular guidance.

“I don’t want to say, here’s my earnings per share and here’s when I’ll become profitable and all that, because it’s just going to become a noose around my neck.”