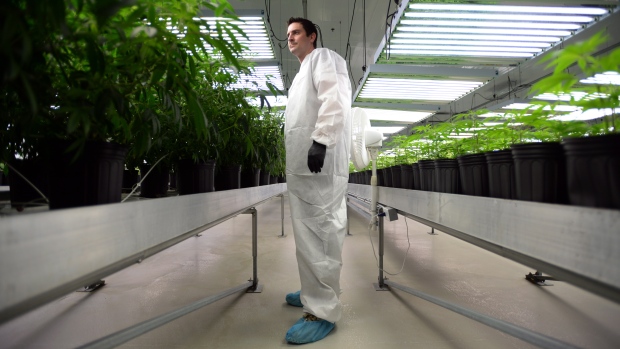 Mettrum shareholders will be entitled to receive 0.7132 of a common share of Canopy under the offer, which would create a company with six facilities licensed to produce medical marijuana products.

Assuming the deal gets shareholder approvals at both companies, Mettrum will become a wholly owned subsidiary of Canopy and Mettrum shareholders will own about 22.3 per cent of the combined company.

The acquisition of Toronto-based Mettrum will form a marijuana company that serves half of Canada’s medial pot users. Canopy Growth said the deal would increase its production capacity to six licensed facilities, bringing the company’s total footprint to about 665,000 square feet with “significant acreage for expansion.”

With the purchase of Mettrum, Smith Falls, Ont.-based Canopy Growth said it will be able to expand its portfolio of cannabis and hemp brands to include Mettrum Spectrum and Mettrum Originals. Canopy Growth’s marijuana brands currently include its medical line Bedrocan Canada and the lifestyle-focused Tweed brand.

"Mettrum has established a line of cannabis products that work well in a medical context and will transition naturally into a natural and healthy lifestyle market,” Bruce Linton, chairman and CEO of Canopy Growth, said in a release.

“Their substantial production facilities will add to our growing production platform as we expand to meet the needs of patients, and their experienced personnel will help Canopy Growth drive our vision forward to the next level."

A task force studying the legalization of marijuana in Canada said it will deliver its findings to Prime Minister Justin Trudeau's cabinet and the public in two weeks.

The takeover comes three days after Canopy announced an agreement to buy German pharmaceutical distributor MedCann in an all-stock transaction worth about $7.2 million.

Canopy and Mettrum shareholders will vote on the deal at a special meeting in January.

Mettrum's board has agreed to pay Canopy a $10-million termination fee under certain circumstances if the deal doesn't go through. Canopy will also have the right to match a superior proposal from a rival buyer.