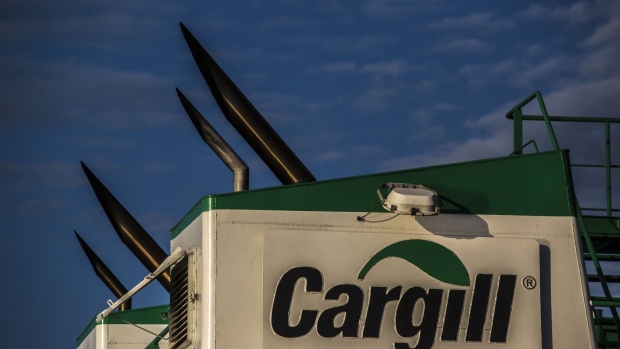 (Bloomberg) -- Cargill Inc. agricultural trading head Joe Stone is retiring from the industry giant that’s profiting from the best commodities rally in a decade, with Roger Watchorn tapped as his successor.

Other management moves include Ross Jennings taking over Asia from Marcel Smits, with the changes effective March 1. Jen Hartsock will become chief information and digital officer on Feb. 14, replacing Justin Kershaw. Stone, Smits and Kershaw are all retiring.

The world’s largest agricultural trader is coming off its most profitable year ever, with almost $5 billion in net income in the fiscal year that ended in May. Stone took over more than two years ago amid the peak of the U.S.-China trade war that boosted volatility in global agriculture markets.

Volatile weather, rising global demand and snags in the supply chain have combined to raise the cost of many agricultural commodities from beef to corn to cotton. The Bloomberg Commodity Spot Index that tracks more than 20 commodities rose 27% last year, the biggest since the 2009 recovery from the great financial crisis.

A Cargill spokeswoman confirmed the moves, which come about a year after a slew of executive changes that included the appointment of the first female chief financial officer for the Minneapolis-based company.