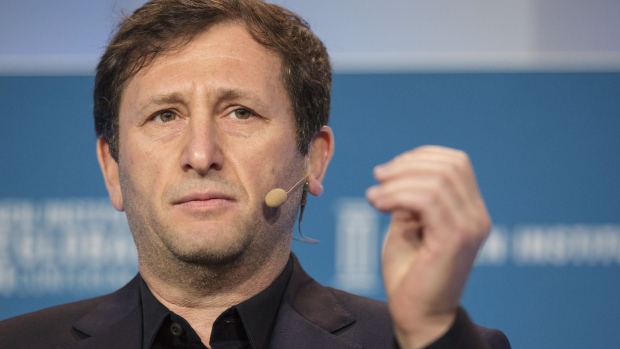 (Bloomberg) -- Top executives at Celsius Network LLC withdrew millions of dollars worth of cryptocurrencies in the month before suspending customer withdrawals from the platform, according to bankruptcy court documents filed by lawyers for the crypto lender in New York late Wednesday.

Now-former Chief Executive Officer Alex Mashinsky, co-founder Daniel Leon and Chief Technology Officer Nuke Goldstein and entities identified in the documents as their related parties made a series of withdrawals in May totaling in the tens of millions, these filings allege. Transactions were denominated in Bitcoin, Ether, USDC, Celsius’s own CEL token and “wrapped” Bitcoin.

Mashinsky withdrew about $10 million in cryptocurrency over the course of May, the filing shows. Leon withdrew about $7 million; net of deposits, his withdrawals amounted to about $3.1 million, the documents show. The calculations include withdrawals by entities and people related to the executives, as designated by Celsius advisers.

For Goldstein, the filing listed $13 million of transactions identified as withdrawals. The filing further showed that Goldstein made deposits and posted collateral that brought his net withdrawals to about $559,000. Lawyers for Goldstein confirmed this number. According to a statement provided by his lawyers, “in many cases, the movement of funds between accounts are not ‘withdrawals’ from the platform; they simply reflect the shifting of funds between Mr. Goldstein’s accounts on the platform.”

The report, prepared by Celsius advisers, notes that some transactions marked as “withdrawals” may represent transfers from one Celsius account type to another. The company’s advisers are are continuing to analyze whether any transfers or withdrawals from the platform could be grounds for a lawsuit, according to the report.

A Celsius representative didn’t immediately respond to an email seeking comment. Neither Mashinsky nor Leon returned multiple requests for comment.

Celsius, once one of the industry’s most prominent lenders, suspended customer withdrawals in June and filed for bankruptcy protection the following month after making risky bets before the broader crypto market soured. The bankruptcy judge presiding over the case recently appointed an examiner to explore allegations of misconduct against the company and its executives.

Mashinsky stepped down from his position as CEO last month, followed by Leon whose resignation from the firm was confirmed by Celsius on Tuesday.

CoinDesk earlier reported on the withdrawals.

(Adds additional comment from lawyers for Nuke Goldstein. A previous version corrected the headline, subhed and text throughout to include attribution to court filings and add additional detail on transfers as well as deposits for Goldstein.)