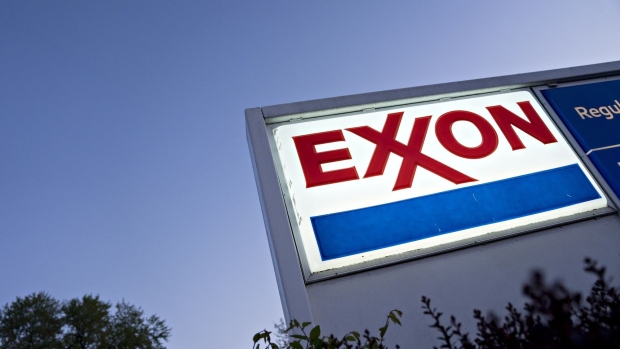 Signage is displayed at an Exxon Mobil Corp. gas station in Arlington, Virginia, U.S., on Wednesday, April 29, 2020. Exxon is scheduled to released earnings figures on May 1. Photographer: Andrew Harrer/Bloomberg , Bloomberg

(Bloomberg) -- A unit of Exxon Mobil Corp. has temporarily shut in production in Chad after its facilities were attacked over ongoing talks to sell the business to London-based Savannah Energy.

Workers have been protesting while in negotiation with the leadership of Esso Exploration and Production Chad Inc. about their remuneration package ahead of the proposed sale, Tchad Infos reported Wednesday.

“For the safety and security of our employees and contractors, ExxonMobil’s affiliate has temporarily shut-in its production site and reduced staffing in N’Djamena to essential personnel,” an ExxonMobil spokesman said in an emailed response to questions.

Savannah Energy said in June that it was in advanced discussions to buy the U.S. oil giant’s subsidiaries in the central African nation and neighboring Cameroon. The proposed acquisition would include a 40% operated interest in the Doba oil project, and an effective stake of about 40% in the Chad-Cameroon pipeline, it said at the time.

“We are engaged with our employees and with the Government of Chad, discussing various differences of opinion and are actively working to resolve these differences,” the spokesman said.