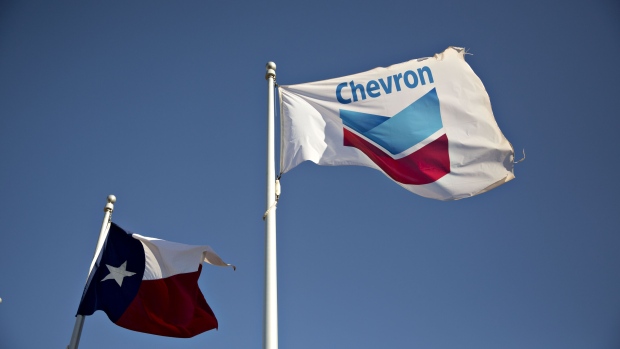 The company said Thursday in a statement that capital and exploratory expenditure will be US$14 billion to US$16 billion annually from 2022 to 2025, down from a previous forecast of US$19 billion to US$22 billion.

The updated plan reflects the savage drop in crude during 2020, which has led the industry to make painful spending cuts. While oil has rebounded from the worst of its slump, prices remain below US$50 a barrel, and the pandemic continues to weigh on global demand.

Chevron’s update plan also illustrates its evolving priorities in the years ahead. Spending at its US$45 billion Tengiz oil project in Kazakhstan, which has gone massively over budget, is expected to decline, while expenditure will rise on shale production in the Permian Basin, and on conventional oil in the Gulf of Mexico.

The company’s announcement comes three days after Exxon Mobil Corp. said it too will reduce in capital spending, to US$25 billion a year through 2025, a US$10 billion reduction from an earlier, pre-pandemic target. Exxon, which at the same time also announced the biggest writedown in the company’s modern history, is under severe pressure to maintain its dividend. Chevron sought to distance itself from its U.S. rival.

“Chevron is in a different place than others in our industry,” Chevron Chief Executive Officer Mike Wirth said in the statement. “We’ve maintained consistent financial priorities starting with our firm commitment to the dividend.”

Chevron also maintained forecast spending for 2021 at US$14 billion. That sum includes US$300 million earmarked for investments related to the energy transition.