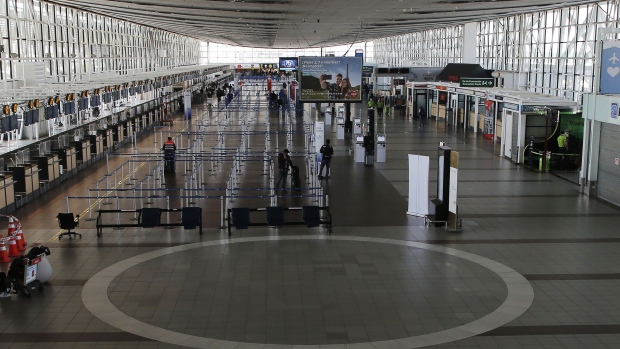 (Bloomberg) -- Chile’s government will relax some international travel restrictions three months after a surge in cases forced authorities to close the borders.

As of July 26, fully-vaccinated residents will be able to travel from Chile by plane without special permission, health undersecretary Paula Daza said Thursday. Upon return, they will be allowed to complete a 10-day quarantine at home.

Returning travelers who have either not received both doses or live more than five hours away from Santiago’s international airport, the sole point of entry, will have to complete the quarantine at a designated hotel at their own expense. The borders will remain closed to most non-resident foreigners.

The South American country is lifting mobility restrictions as Covid cases drop and inoculation programs advance. Over 60% of Chileans have received two vaccine doses according to Bloomberg’s Vaccine Tracker, more than regional peers and richer nations like the U.S. and the U.K. The government lifted weekend lockdowns in Santiago and is reducing nightly curfews in some regions.

Chile’s seven-day moving average of daily cases has fallen to roughly 1,400 from over 7,000 early June. Economists expect the country’s gross domestic product to expand 8% this year, according to a central bank survey this month.