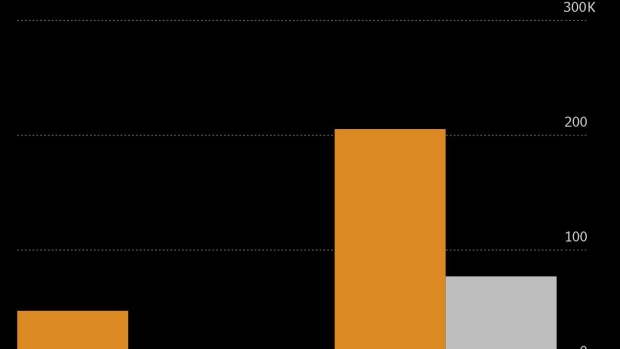 Passenger travel would likely fall 45% on-year during the 40-day travel season that ends Feb. 18, Liu Xiaoming, a vice minister at the transport ministry, said at a briefing in Beijing Saturday. Between Jan 25. and Feb. 14, airlines carried an average of 470,000 people a day, only a quarter of last year’s volume. Passengers from Feb. 15-23 were only one 10th of peak period, said Li Jian, deputy head of the China Aviation Administration of China.

The epidemic has roiled the nation’s transportation industry after authorities locked down large areas of the country and more than 50 countries imposed travel restrictions involving China.

The epidemic overlapped with a particularly busy time as it occurred during the Lunar New Year season, when hundreds of millions of Chinese were expected to go on 3 billion trips. But the number of trips made in China over the break plunged 73% to about 190 million, the transport ministry said on Feb. 3. Broken down, those traveling by train dropped 67%, air passenger numbers slumped 57%, while trips via road and water fell more than 70%.

Local airlines have been struggling. China Southern Airlines Co. scrapped about 45% of flights in late January and early February, the highest rate among the nation’s top carriers, followed by Air China Ltd. and China Eastern Airlines Corp., according to Citigroup Inc. research.

The trucking industry has also been paralyzed, with some cargo volumes shrinking to 1% of last year’s peak levels, according to G7 Network, a provider of systems that help fleet operators track their vehicles.

To contact the editors responsible for this story: Young-Sam Cho at ycho2@bloomberg.net, Anand Krishnamoorthy