Tech stocks will face a lot of trouble in the next 12 months: Wedbush Securities head of technology

A gauge of Chinese technology shares rallied by the most in three months as investors took advantage of attractive valuations in the battered sector and the prospect of looser monetary policy conditions.

The Hang Seng Tech Index rose 5 per cent on Wednesday to close at a one-month high, with all but two of its components gaining. The move, which tracked a rally overnight for U.S.-listed Chinese peers, was led by JD.com Inc. and Meituan, which advanced at least 9 per cent each. The benchmark Hang Seng Index added 2.8 per cent. 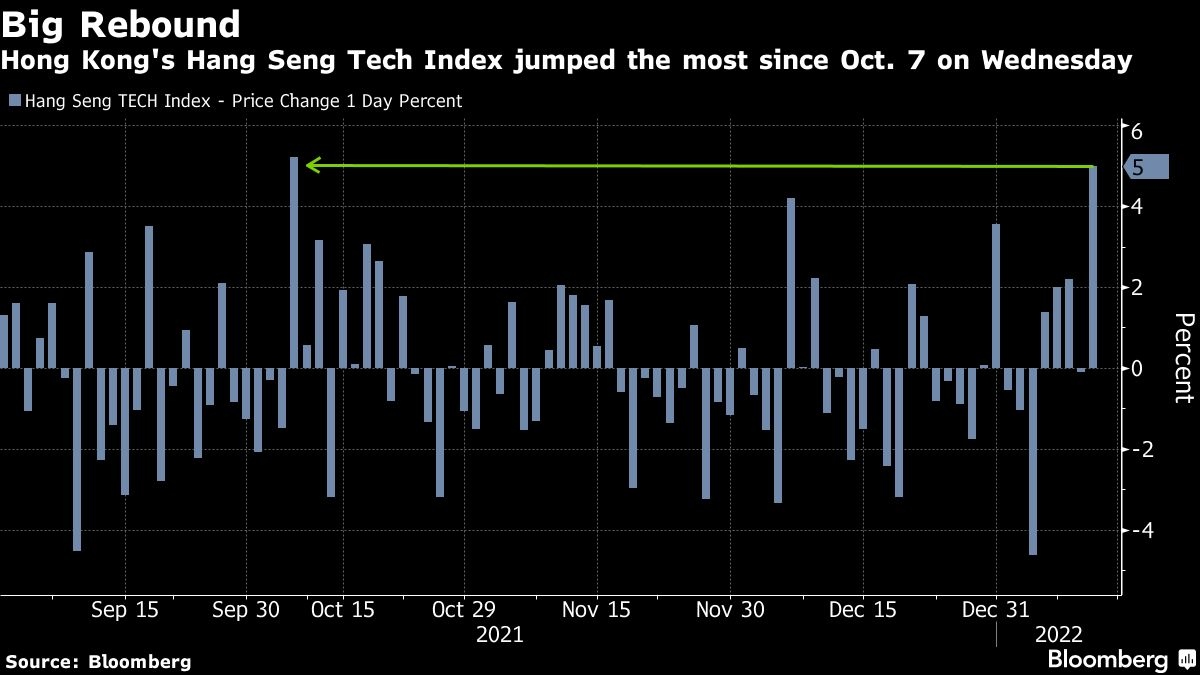 The entry of “bargain hunters” after the big selloff was followed up with covering of some short positions, said Jian Shi Cortesi, a portfolio manager at GAM Investment Management in Zurich. “At the same time, expectations on China policy have turned to see more support.”

Gains in the tech gauge came as large brokerages and asset managers including Goldman Sachs Group Inc. and Fidelity International tout opportunities in Chinese equities this year. Supporting the call are views that Beijing’s regulatory crackdown has peaked and the equity selloff is bottoming out, while China’s monetary policy is set to turn loose in sharp contrast to the Federal Reserve. 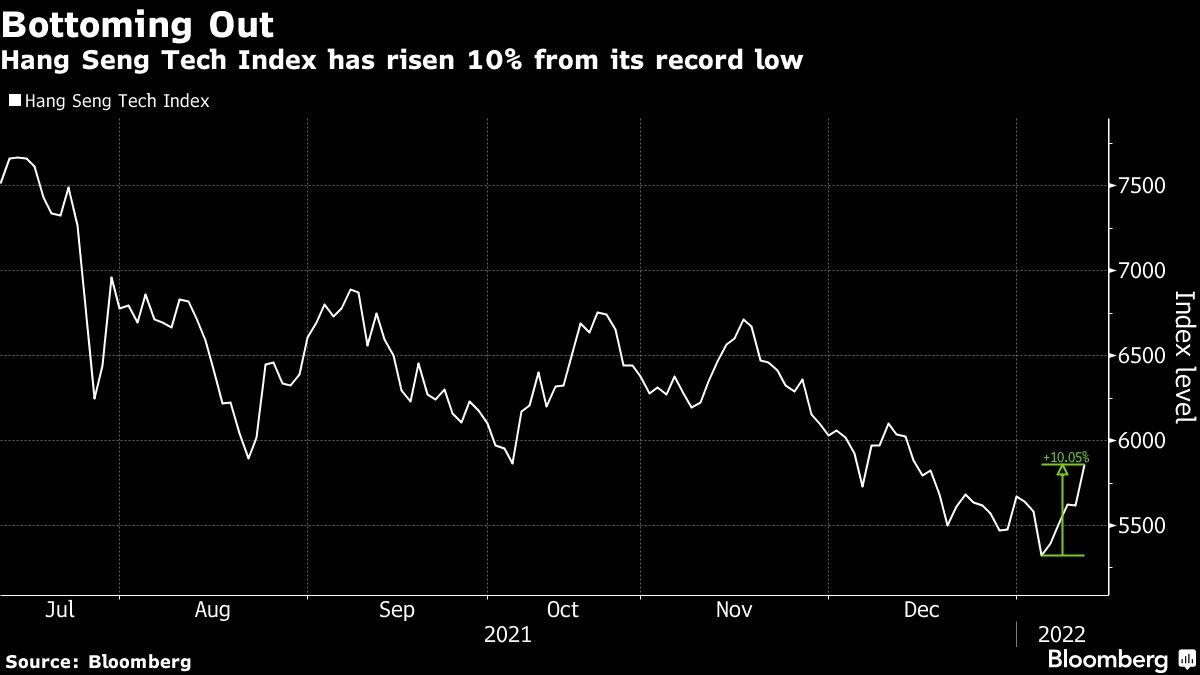 Still, calls for a bottom have become a difficult endeavor in a market that’s been rocked by Beijing’s sweeping crackdown on private enterprise.

A group of asset managers and brokers had turned bulls of Chinese stocks in the fourth quarter, including Goldman, UBS Group AG and BlackRock Inc., citing attractive valuation. That may have been too early, however, with key China stock indexes posting losses in the quarter.

Some option investors have placed bets on the Hang Seng Tech Index’s rebound, although trading tied to the gauge is still thin. Four out of the top five most active options on the gauge were bullish contracts on Wednesday, including one which will benefit if the index rises another 3.4 per cent to 6,100 by Jan. 28.

The index’s forward price-to-earnings ratio touched a record low relative to that of the Nasdaq 100 Index and the ChiNext Index in late December.

Shares of tech stocks across Asia Pacifrebounded on Wednesday following reassurances from Fed Chair Jerome Powell that the central bank will tackle inflation to extend the economic expansion.

The ChiNext Index, China’s tech-heavy and liquidity sensitive gauge, rose for the first time this year. Supporting the gains are growing expectations for the People’s Bank of China to cut interest rates, which would add further liquidity to the market at a time when global central banks including the Fed are moving toward withdrawing pandemic-era stimulus.

“If I were short, I would be very careful at this point,” said GAM’s Cortesi.