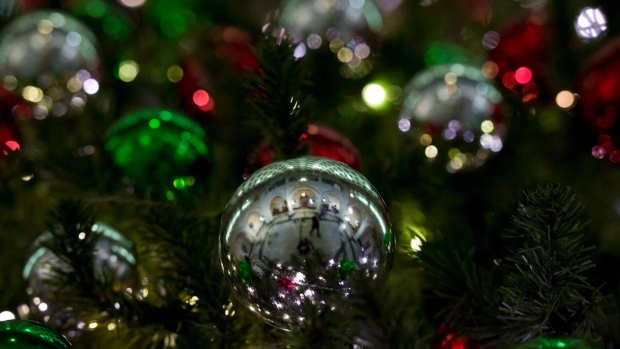 This Christmas will be one of exorbitant spending and lavish gifts for many American families. It’ll also be one of tight budgets and difficulty putting food on the table for many others.

That’s the effect of the pandemic recession, which is exacerbating inequalities between the rich and the poor.

High-paid U.S. workers are benefiting from a strong stock market and lower expenses, allowing them to save more money than ever -- and spend more on holiday gifts. The less fortunate, meanwhile, are grappling with job losses, eviction and food insecurity. Known as the “K-shaped” recovery, the disparities will be on full display this holiday season.

“The contrast is likely to be very stark,” said James Galbraith, a professor of economics at the University of Texas. “For people who have regular salaries, many of us are really quite flush because the expenses that we normally make just in the course of daily living have been reduced, but on the other hand that’s cost a lot of people who provide those services their jobs.”

Buoyed by financially stable households, total holiday spending is projected to climb this year from 2019, according to a Deloitte analysis. Demand for high-end clothes and pricey jewelry is already rebounding from a slowdown earlier in the pandemic.

That comes even as more than 13 million Americans remain unemployed. 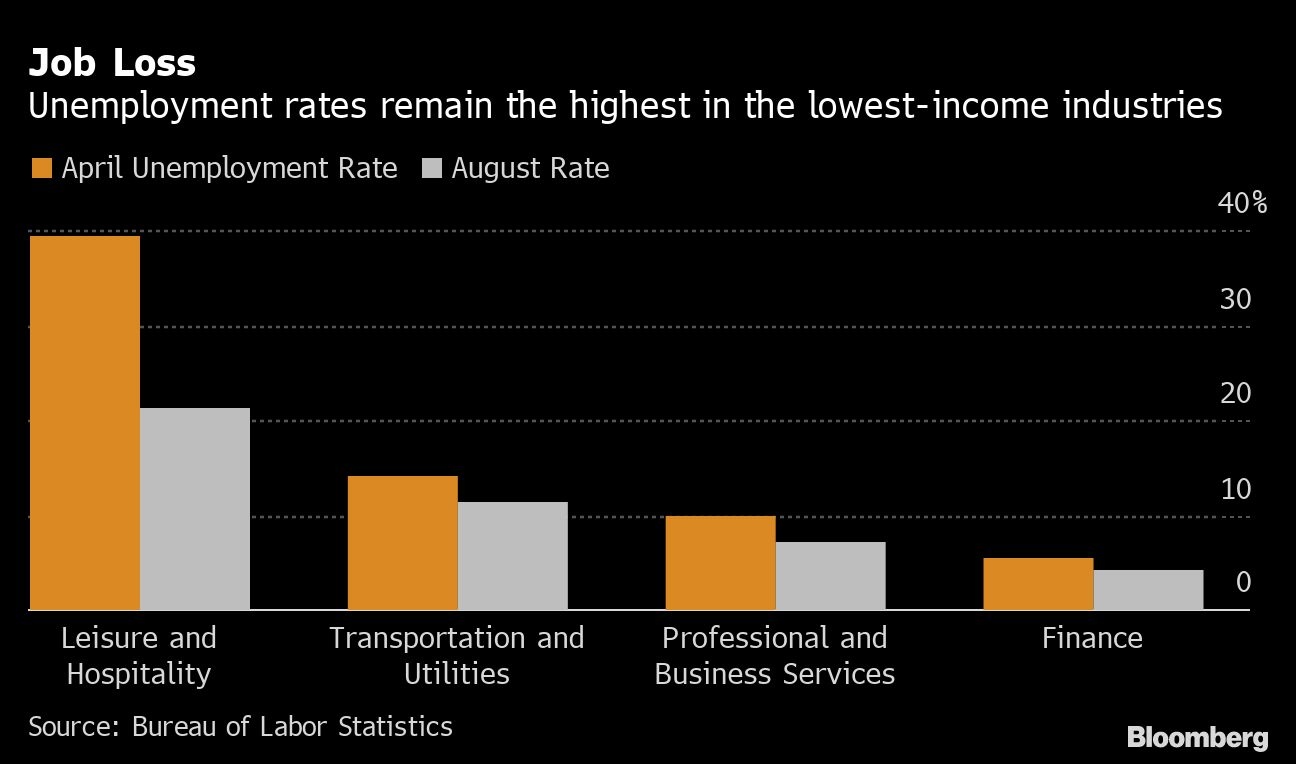 Rachael Valentine, who has two sons under 10, was laid off in March from her job as an assistant teacher for a daycare in Copley, Ohio, and she has yet to be brought back to work. She expects to receive her final two unemployment benefit checks in the coming weeks.

“As far as shopping goes, if I am able to get anything for my two boys it will be very limited,” Valentine told Bloomberg. “I’ll probably end up asking a woman’s shelter I was in years ago for help for gifts for my boys.”

Many Americans are finding themselves in a similar position. One in four adults have had trouble paying their bills since the pandemic started, according to a Pew Research Center study this month. A third have dipped into savings or retirement accounts to make ends meet and about one in six have borrowed money from friends or family or received food from a food bank.

Families that are struggling financially could face greater pressure as the eviction moratorium put in place by the Centers for Disease Control and Prevention is set to expire on Dec. 31. That follows the recent expiration of enhanced unemployment benefits passed as part of pandemic-driven legislation, noted Jeffrey Thompson, a vice president and economist at the Federal Reserve Bank of Boston.

Charitable organizations supporting low-income families are gearing up for high demand in the coming months.

The Salvation Army expects a 155 per cent increase in the number of people needing Christmas assistance this year, and it launched a campaign this month to increase donations. Toys for Tots, a program run by the U.S. Marine Corps to help children in need during the holidays, also expects a significant rise in families seeking assistance, according to Ted Silvester, the organization’s vice president of marketing and development.

The uneven impacts of the pandemic recession are showing up in traditional shopping channels as well.

Jeff Gennette, chief executive officer of Macy’s Inc., said in an interview this month that he’s seeing a “bifurcation” among customers, with some seeking out discounts at the same time that demand for luxury goods is coming back.

Lululemon Athletica Inc., the retail chain known for its US$98 yoga pants, is ramping up marketing investments to appeal to those customers with more money to spend this holiday season.

“People have more disposable income as a result of not being able to eat out and travel as much,” said Chief Executive Officer Calvin McDonald. Still, he acknowledged that “there are economic constraints on a large percentage of the population.”

While the poverty rate fell last year to 10.5 per cent, the lowest in data back to 1959, economic inequality in America continued to widen even before the pandemic, whether measured by income or wealth, Pew said in a January report. And that’s likely to impact racial minorities disproportionately, with the majority of Americans living below the poverty line being people of color.

“The United States was already deeply unequal prior to the start of this crisis,” said Zach Parolin, a researcher with the Center on Poverty and Social Policy at Columbia University. “What the pandemic has done -- and the economic crisis associated with it -- has been to reveal and exacerbate those inequalities.”