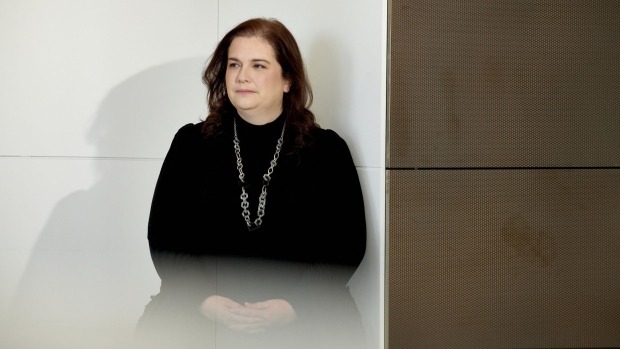 (Bloomberg) -- Inside Citigroup Inc., women across the bank were raising alarms.

It was months before the US Supreme Court announced it would revisit Roe v. Wade, the landmark precedent establishing a woman’s constitutional right to abortion. Yet across the country, states were pushing measures aimed at making the procedure illegal.

So near the end of last year, Citigroup quietly adopted a new policy to reassure worried employees. If it ever became necessary, the bank would pay for travel to a state where abortion is legal. Soon, Citigroup’s vow became national news -- and when word broke that the court was overturning Roe, the bank’s approach set the template for big employers across America. More than half expect to offer a similar benefit by next year, consultancy WTW found in a survey.

Big banks used to avoid touchy political issues that could interfere in business. But Citigroup hasn’t shied away, making moves guided by an unlikely figure: Sara Wechter, a former investment banker who for more than a decade has been a behind-the-scenes counselor to a roster of Citigroup’s leaders.

Since her 20s, Wechter has served as a sounding board to Chairmen Richard Parsons and Mike O’Neill and Chief Executive Officers Michael Corbat and now Jane Fraser. Wechter, 41, eventually took over the human resources department, where she has set in motion changes reshaping life at the bank for its 238,000 employees — and increasingly, on Wall Street and beyond. Yet she is virtually unknown outside the firm.

In the past few years, she was the architect of Citigroup’s unusually flexible work-from-home policies, enacted its “no jab, no job” requirement for Covid vaccinations and pushed the lender to voluntarily publish data on its gender pay gap.

Some measures aim to give Citigroup an edge in recruiting and retaining talent, but they’ve also encouraged rivals to follow suit. While CEOs such as JPMorgan Chase & Co.’s Jamie Dimon and Goldman Sachs Group Inc.’s David Solomon summoned their workforces back to offices after Covid-19 lockdowns, Wechter’s alternative approach put pressure on managers across Wall Street to be more flexible, lest they lose key staff to Citigroup's recruiters. Both of those firms also ended up following Citigroup’s lead on providing abortion access — the latest sign of her growing influence.

Wechter says her moves have nothing to do with political views, but flow from the bank’s efforts to fairly manage employees.

“It wasn’t around a decision from the Supreme Court,” she said in an interview. “Our principle still holds, which is we believe our employees should have equal access to insurance and procedures in the US, and that’s what we’re focused on.”

Wechter lacked a Wall Street pedigree when she arrived as a junior investment banker at Citigroup almost two decades ago. She grew up in suburban New Jersey, the daughter of a community college professor and an executive at a security company. But managers spotted her ability to interact with higher-ups. When she tired of crunching numbers for deals and left for Viacom Inc., they lured her back within three months to work directly under a rising star: Jane Fraser, who would eventually become the first woman to run any of Wall Street’s largest banks.

But that was late 2007, and Citigroup was reeling from shoddy mortgage lending that would spiral into the financial crisis. She and Fraser spent the next two years reshaping the firm’s strategy, shuttering business lines and eliminating almost 100,000 jobs. When the bank named Parsons chairman of the board in 2009, Fraser recommended Wechter become his chief of staff.

As she interviewed for the role, Wechter found out she was pregnant with twins. She spent hours with Fraser drafting an email to inform Parsons. But when he called her to his office a week later and rattled off a to-do list, she realized that he hadn’t read the message.

“So I had to tell this scary man in person that I’m pregnant with twins and I remember I had no idea what his reaction is going to be,” Wechter recalled. “He took out his phone and he showed me a picture of this kid, and I was like, ‘Oh who’s that?’ And he was like, ‘That’s my grandson, Jack. We do kids. We do kids well.’”

The moment made a lasting impression on Wechter, demonstrating how an employer’s response to a life-changing moment makes a difference.

Still in her 20s, she now had a front-row seat to Citigroup’s efforts to repay the biggest US bailout of a bank in history — some $45 billion of support — as well as the drama that unfolded when the board ousted then-Chief Executive Officer Vikram Pandit. Three months later, the next CEO, Corbat, poached Wechter to be his chief of staff. She was initially the only woman reporting to him.

“If what you want as CEO is someone to help you figure out how to man the operation and get the right kind of leadership, she’s perfect,” Parsons said.

A few years on, Corbat put Wechter in charge of talent and diversity. In 2018, he named her global head of human resources and invited her to join the bank’s management committee, a coveted spot. Then 37, she was one of the youngest people ever to join such a panel at one of the largest US banks.

“She wasn’t trained like the classic HR person, who gets more focused, frankly, on process and procedure and specifics like that,” Parsons said. “Her orientation would be how do we get the right kind of leadership.”

Wall Street human resources departments are designed to head off drama. Wechter wasn’t afraid to stir some up.

Less than a year after she took over as head of HR, the bank announced goals for improving the abysmal representation of women and Black employees in Citigroup’s upper ranks. A few months later, it became the lone major bank to disclose gaps in wages for male and female employees, showing that women get 74 cents for every dollar a man makes at the bank.

“We sat and talked about it, we said ‘Let’s be upfront about this, let’s rip the Band-Aid off,’” Corbat said. “Sara gave us all confidence that we would find our way through it. These weren’t things that were unsolvable.”

Soon, the firm added diversity metrics to its scoring of managers’ performance, which is used to set their pay.

Laying out data and goals, and updating them periodically, is a strategy she picked up from her time working with Corbat. Instead of summarizing initiatives in a single email or memo, he would travel and repeat them at town halls at offices around the world.

“I would be like, ‘If I have to hear this one more time I am going to fall asleep,’” Wechter joked. “But then, it would finish and everyone would come up and would say ‘Oh my gosh that was so brilliant,’ or ‘Oh I learned this,’ or ‘Oh I learned that.’ And you realized how many times he had to say the same thing over and over and over again to get 230,000 people to catch on and understand and appreciate what he was saying.”

In February, the firm announced it exceeded targets for increasing the percentage of women and Black executives in its ranks. Months later, Wechter set higher goals for both categories and for improving the representation of Hispanic executives and hiring from lesbian, gay, bisexual, transgender and queer communities.

No Jab, No Job

Covid-19 vaccinations were just getting rolled out to the masses in early 2021 when the CEOs of JPMorgan and Goldman made it clear they wanted employees back in the office soon. Wechter saw an opportunity.

With many Wall Streeters eager to keep working remotely, she persuaded bosses at Citigroup to adopt a different stance. The firm continues to permit most staffers to work from home at least part of the time. She later pushed through the vaccine mandate.

The moves gave Citigroup a recruitment advantage with people who wanted flexibility or, when in the office, to play it safe. It also helped the bank comply with President Joe Biden’s push for companies to require vaccines. Though some workers openly groused about the mandate, about 99% of the bank’s workforce complied.

The result was that Wechter was no stranger to controversy by the time Republican lawmakers began calling for the government to cancel contracts with Citigroup over its support for abortion travel. Regardless, a flood other employers followed suit.

“She’s doing what she thinks is right, it’s not a surprise at all,” Parsons said. “She has an instinct for that, a disposition. She’s not a politician, she’d be a terrible politician. She’s a do-what’s-right person.”