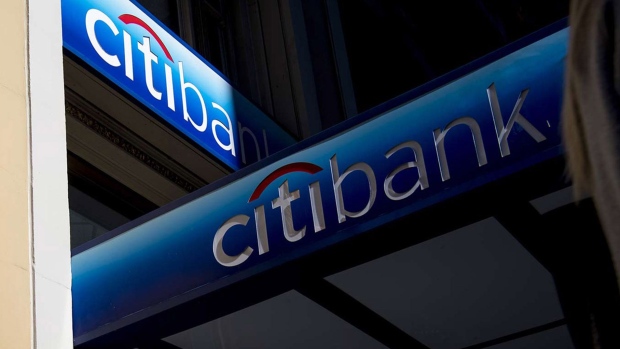 Revlon Inc. lenders that received more than half a billion dollars in accidental payments from Citigroup Inc. are asking a judge to free up the money he’s already ruled is theirs to keep.

The bank sued 10 asset managers for the Revlon lenders last summer to force them to return US$504 million it had mistakenly wired them, an epic back office blunder that led to a closely watched trial. U.S. District Judge Jesse Furman froze the funds while the dispute played out. Then, in a surprise decision in February, Furman ruled for the money managers, finding they shouldn’t have been expected to know the wire transfers were an error. Citibank appealed his ruling.

On Friday the bank will ask Furman to maintain the freeze pending the outcome of its appeal. It has said in court filings that the money “represents a lottery-like windfall” to the creditors and may not be recoverable, or even traceable, if it’s distributed to investors around the world.

The asset managers -- which include Brigade Capital Management, HPS Investment Partners and Symphony Asset Management -- have asked the judge to lift his injunction on the money, saying they received exactly what they were owed and should be free to use the cash as they wish.

Furman could rule from the bench but is likelier to consider the matter after he hears each side’s oral argument and render his decision in the coming days or weeks.

“While many lenders have recognized the payment was in error and returned several hundred million dollars, we were forced to take other lenders to trial,” Danielle Romero-Apsilos, a spokeswoman for Citigroup, said in a statement. “Those funds sent to those lenders have been frozen by court order, and we are seeking to have that freeze continue through our appeal. We believe we have strong arguments on appeal.”

Quinn Emanuel Urquhart & Sullivan LLP, which represents the defendants, declined to comment on the case.

Keeping the funds on hold will be harder for the bank than it was earlier, said Elliott Stein, a senior litigation analyst at Bloomberg Intelligence.

“Citibank won a freeze of the funds before the trial but may have a harder time extending that freeze now that it lost at trial,” he said. “One of the key elements -- showing that Citi would be irreparably harmed if the freeze is lifted -- may be applied more stringently post-trial.”

Furman’s ruling on the freeze itself could also be appealed to a higher court. That would be worth watching, Stein said, since another element of whether to release the funds is the bank’s likelihood of succeeding in its challenge of his February decision.

“So an appeal of the injunction issue may give us a preview of how the appeals court is thinking about the merits of the case too,” he said.

For Citibank, the stakes may be even greater than the sum it unsuccessfully sued to recover. With a few fateful keystrokes on Aug. 11, it sent more than US$900 million to the asset managers, in all. Some firms that gave the money back did so provided that they be treated like the others and that Citibank return the funds to them if the bank lost the case, according to people with knowledge of the matter.

Stein said he was “skeptical at this point” that those firms would prevail in recovering the money they returned to the bank.

Meanwhile, Citibank is blocking some of the investors that kept the money from new debt offerings, along with credit lines, activities and other business ties, Bloomberg reported in March.

The embarrassing summer blunder occurred as the bank, acting as administrative agent on the Revlon loan, was trying to send an interest payment to the creditors and instead transferred an amount equal to the full principal of the loan plus interest. Citigroup restated its fourth-quarter results in March after writing down a portion of the loan.

Furman’s February decision has already led to changes, prompting language in loan deals that would require investors to return the money in case of a similar mistake.