The head of Canada’s housing authority implored the nation’s lenders to “reconsider” offering mortgages to highly leveraged households, saying excessive borrowing will worsen the pain of the coming economic adjustment.

Evan Siddall, chief executive officer at Canada Mortgage and Housing Corp., said the government-backed insurance provider has lost market share due to restrictions it imposed on high-risk borrowers earlier this summer, according to an Aug. 10 letter addressed to lenders and obtained by Bloomberg.

Private insurers have picked up that business, weakening CMHC’s position and threatening the agency’s ability to protect the mortgage market in the event of a crisis, he said. 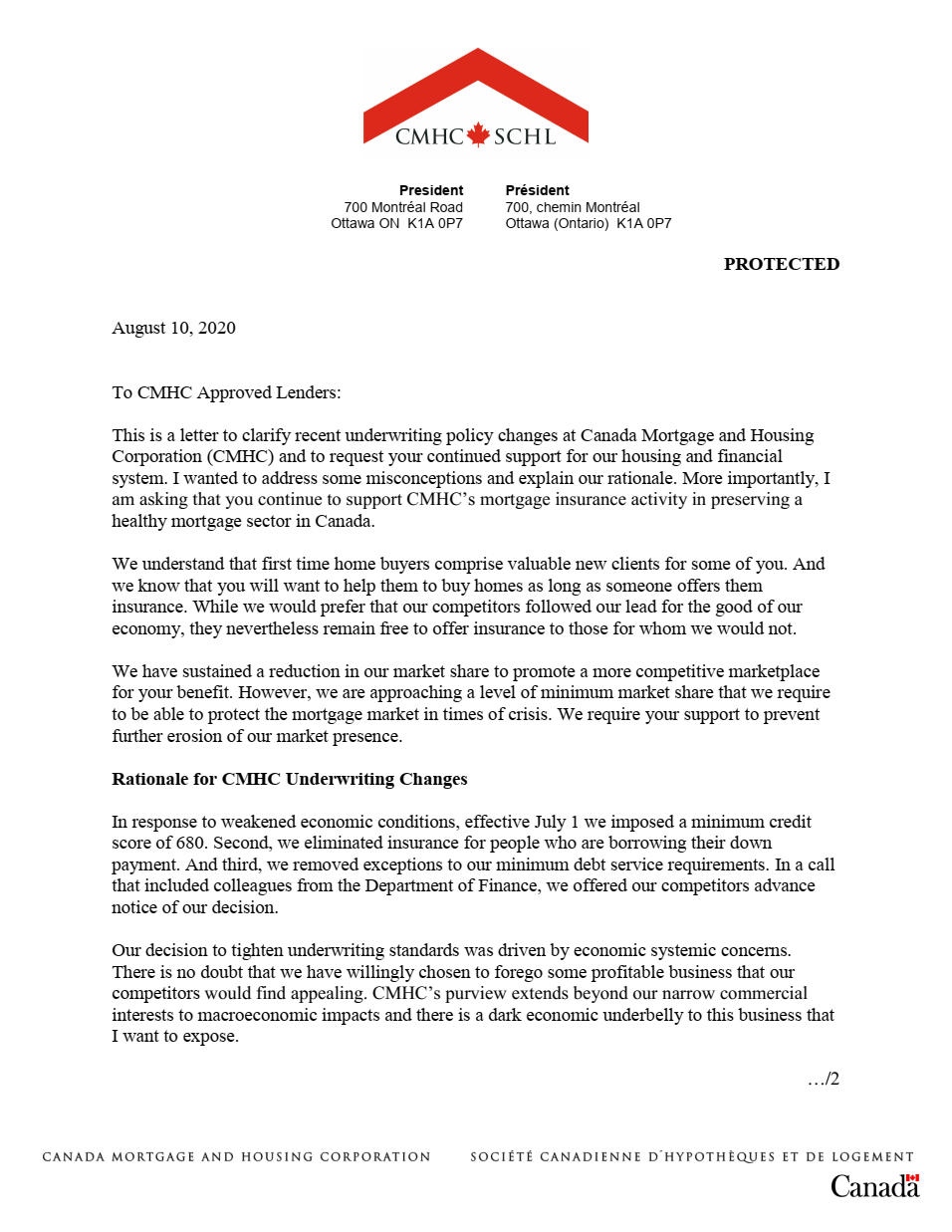 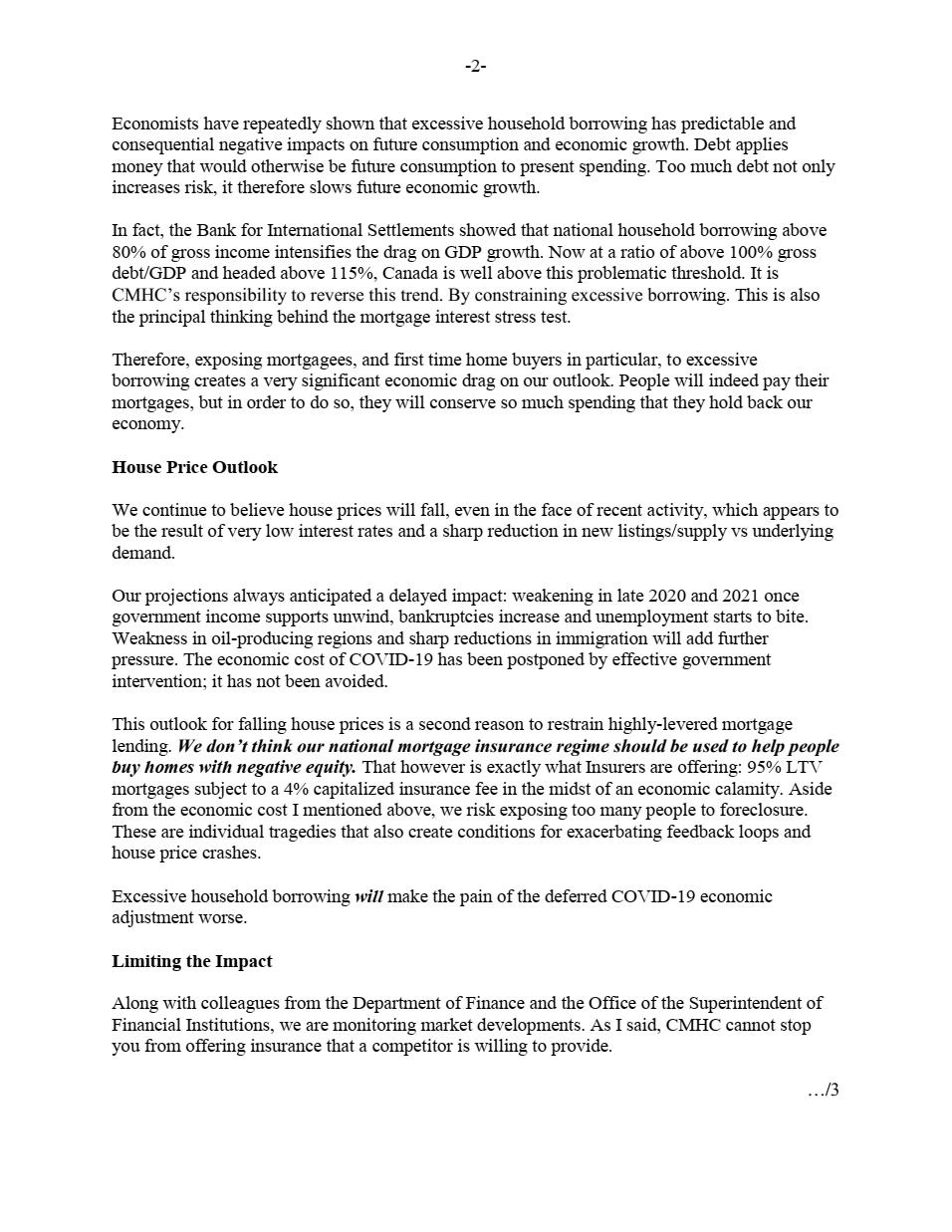 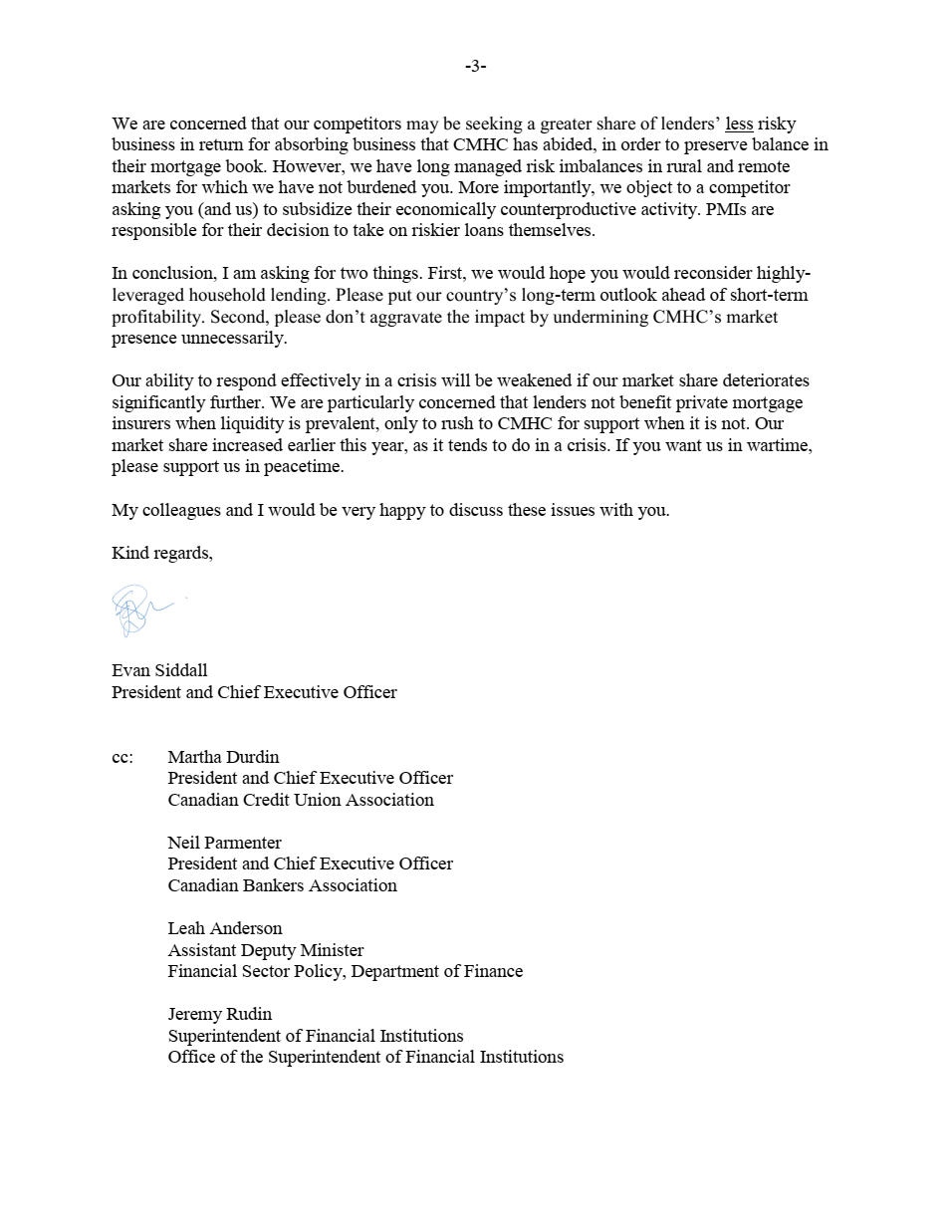 The national mortgage insurance system shouldn’t be used to help people “buy homes with negative equity,” said Siddall, who steps down at the end of this year. But by offering 95 per cent loan-to-value mortgages subject to a 4 per cent capitalized insurance fee in the midst of an economic calamity, that’s what insurance providers are doing, he said.

“Our decision to tighten underwriting standards was driven by economic systemic concerns,” said Siddall, the former Goldman Sachs banker who has run the country’s main housing finance agency since 2014.

“There is no doubt that we have willingly chosen to forego some profitable business that our competitors would find appealing,” he said. “CMHC’s purview extends beyond our narrow commercial interests to macroeconomic impacts and there is a dark economic underbelly in this business that I want to expose.”

Canada’s real estate market has been on a tear, fueled by ultra-low mortgage rates and a dearth of new listings. It’s a trend that won’t last, said Siddall, who predicts prices will begin to fall in late 2020 after the government winds down its COVID-19 emergency response measures and unemployment starts to have a greater impact.

“As Canada‘s authority on housing, CMHC plays a critical role in supporting the country‘s economic recovery as it relates to the housing market,” Len Catling, a CMHC spokesman, said in an email. “Evan Siddall’s letter to the financial industry outlines CMHC’s commitment to economic recovery and asks for a concerted effort from all to protect the economic futures of Canadians as we navigate the pandemic and its impacts together.”

CMHC announced in June it would narrow eligibility criteria to require higher credit scores and lower debt burdens to qualify for a mortgage. The move, which took effect on July 1, was intended to protect new home buyers from falling prices and reduce taxpayer risk to any market correction. 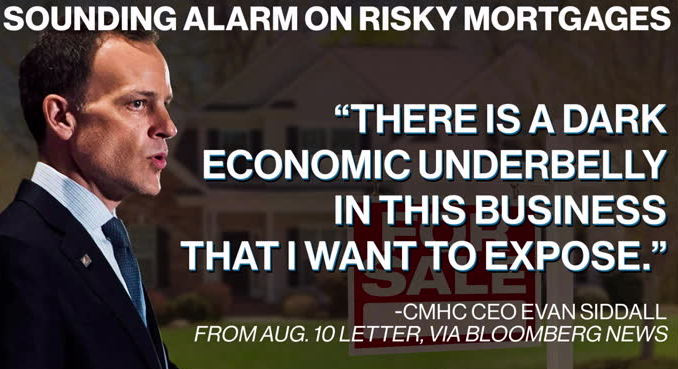 “We have sustained a reduction in our market share to promote a more competitive marketplace for your benefit,” Siddall said in the letter. “However, we are approaching a level of minimum market share that we require to be able to protect the mortgage market in times of crisis. We require your support to prevent further erosion of our market presence.”

CMHC’s private-sector competitors, Genworth MI Canada Inc. and Canada Guaranty Mortgage Insurance Co., opted not to follow along with the rule changes and have increased their market share as a result, said Siddall.

CMHC’s ability to respond effectively in a crisis will be weakened if its market share deteriorates significantly further, he said. “If you want us in wartime, please support us in peacetime.” 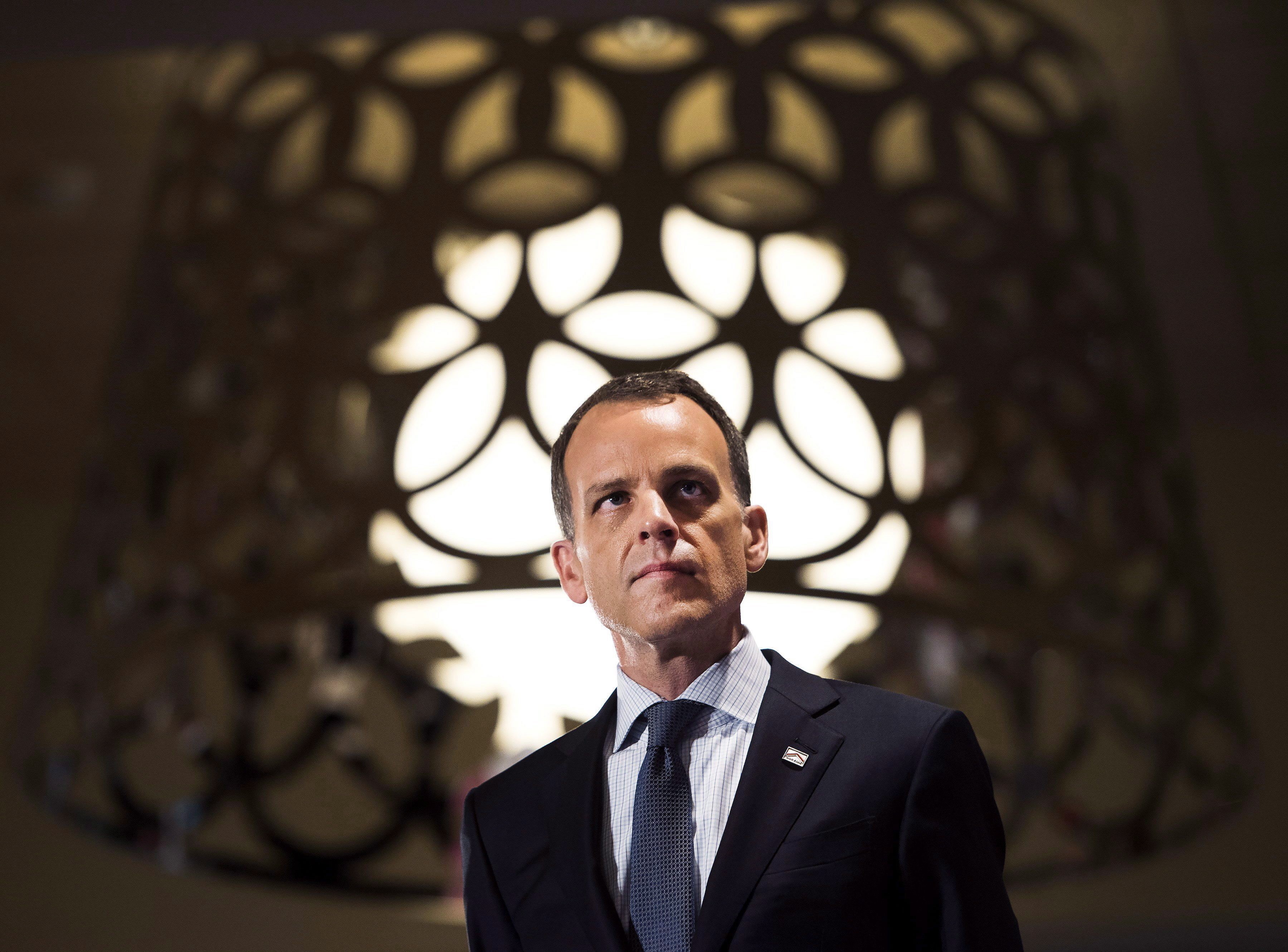 Do you support Evan Siddall’s warning to lenders about risky mortgages?